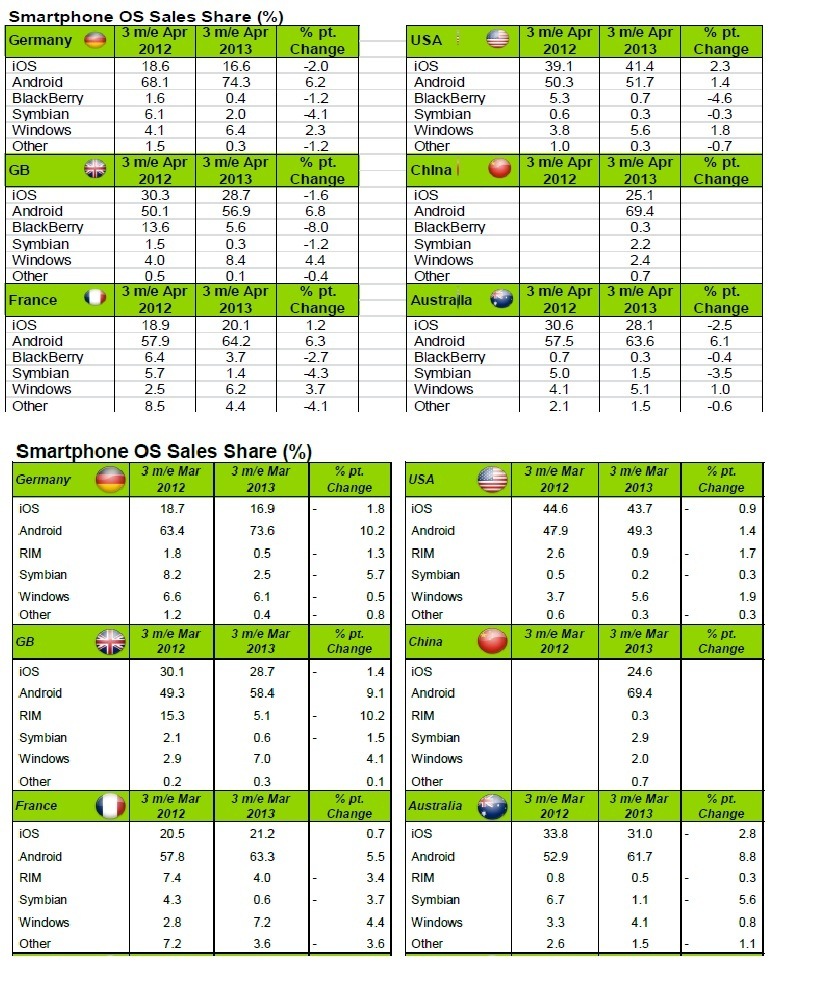 A comparison of latest KWP report for 3 months ending April and the last report of 3 months ending March shows upward windows phones sales share movement in many markets within one month. In markets like UK, from March to April, the share has grown from 7 to 8.4 %.  Australia has also moved from 4.1 to 5.1%. China and Germany also exhibit upward trend. US market remains same at 5.6% from March to April, but the report indicates many positives about WP performance in US.

When looking at those who changed device, between 2011 and 2012 Windows was more successful at capturing older consumers aged 50-64. But when looking at those changing now and in the last year, we’re seeing Windows now gaining share among those aged 25-34.

They also confirm Lumia models were the major sales drivers and in one report they specifically mention Lumia 822. Our hopes go high for success of Lumia 928 then :).

KWP US  Other market