Skip to content
You are here
Home > Latest Posts > Jorma Ollila: Nokia’s strategy with Windows Phones was not succesful. Elop wasn’t the first choice as CEO 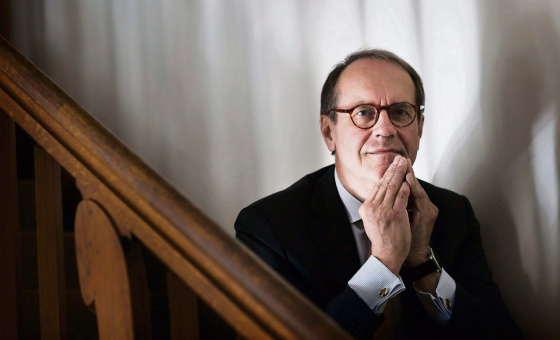 Jorma Ollila is the man who started his career at Nokia in 1985 and took the company to pinnacle till the time he retired in 2006. Always keeping a low-profile, he has spoken for the first time since sales of Nokia’s Devices and services division to MS. In an interview with “Helsingin Sanomat” he has accepted that decision of going with Windows Phone was not successful one for Nokia.

“This is true. We were not successful in using Microsoft’s operating system to create competitive products, or an alternative to the two dominant companies in the field”, Ollila says.

He also mentions how things started going bad to worse with slow decision-making and lack of trust as the board was not supplied with correct picture.

According to Ollila, there were assurances from different parts of the organisation in 2008 and 2009 that Symbian could be upgraded, and made competitive.

“On the Board we had to trust that the messages coming from the organisation were accurate. After all, they had been accurate before. But suddenly the old confidence in the organisation was no longer there. The products started coming in behind schedule.”

The execution of the plans started to increasingly falter in 2007 as a result of the organisational changes; Ollila says that as Chairman of the board, he had considered intervening in the operational activities of the company.

He mentions about his grief and shock on getting the news of Nokia’s D&S sale to Microsoft.

Nokia former CEO Jorma Ollila ‘s telephone rang late the previous evening. The company’s Chairman of the Board Risto Siilasmaa told him about the news that was to be announced on Tuesday. “The emotional reaction was certainly the same as with many other Finns and Nokia people: sadness and shock”, Ollila says.

Dealing with the grief has taken some time: “Nokia’s mobile phones were a part of my life for nearly 30 years.”

In his book, Mr. Ollila—who as chairman in 2010 led the search for a new CEO—describes how he flew to the U.S. that year to interview five potential candidates with suitable backgrounds over the course of three days. After the interviews, Mr. Ollila’s primary choice “was the No. 2 man at a well-known American technology company.”

Mr. Ollila doesn’t name the executive but says the candidate was in his 50s and withdrew himself from the selection process due to personal reasons. That left Mr. Ollila and Nokia’s board with the younger Mr. Elop, who impressed them as “a good salesman and a decisive corporate executive,” Mr. Ollila writes.