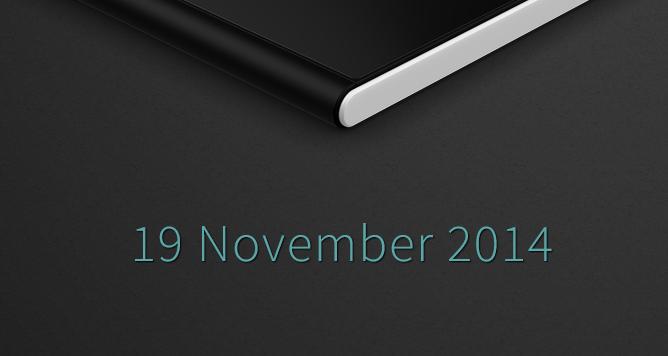 Well, Jolla has teased above image saying something big begins now. The teaser reveals an announcement date of 19th November at Slush 2014. Check the background of the image, because you need to remember the color.

The countdown to something big begins now. Sign up at http://t.co/A5ZkqgLuTp#jolla#unlikepic.twitter.com/QU5rMl4zjj

Now, let us just check what Nokia’s teased device box looks like, especially the color of the box. Do you see something common?

Now, Nokia is going to unveil it tomorrow, 18th Nov at Slush 2014, again. So, the speculation that Nokia and Jolla may have teased about the same device doesn’t look too wild. This actually goes well with Nokia Technologies chief’s statement that Nokia’s brand licensing begins this quarter only.

What better company to use Nokia’s brand name first than Jolla and the above box looks big enough to hold a mini Tablet. Sounds mouthwatering!!

But, it is after all a speculation so we leave it up to you to believe or discard. It has been tipped to us so many times (even before “Nokia posting image of above box”) that I couldn’t stop myself from posting it.

Whatever is the case, be ready to follow Slush event at 11.25 Helsinki time.