Skip to content
You are here
Home > Latest Posts > Reviews > Its all about the Camera, Nokia Lumia 1020 Review 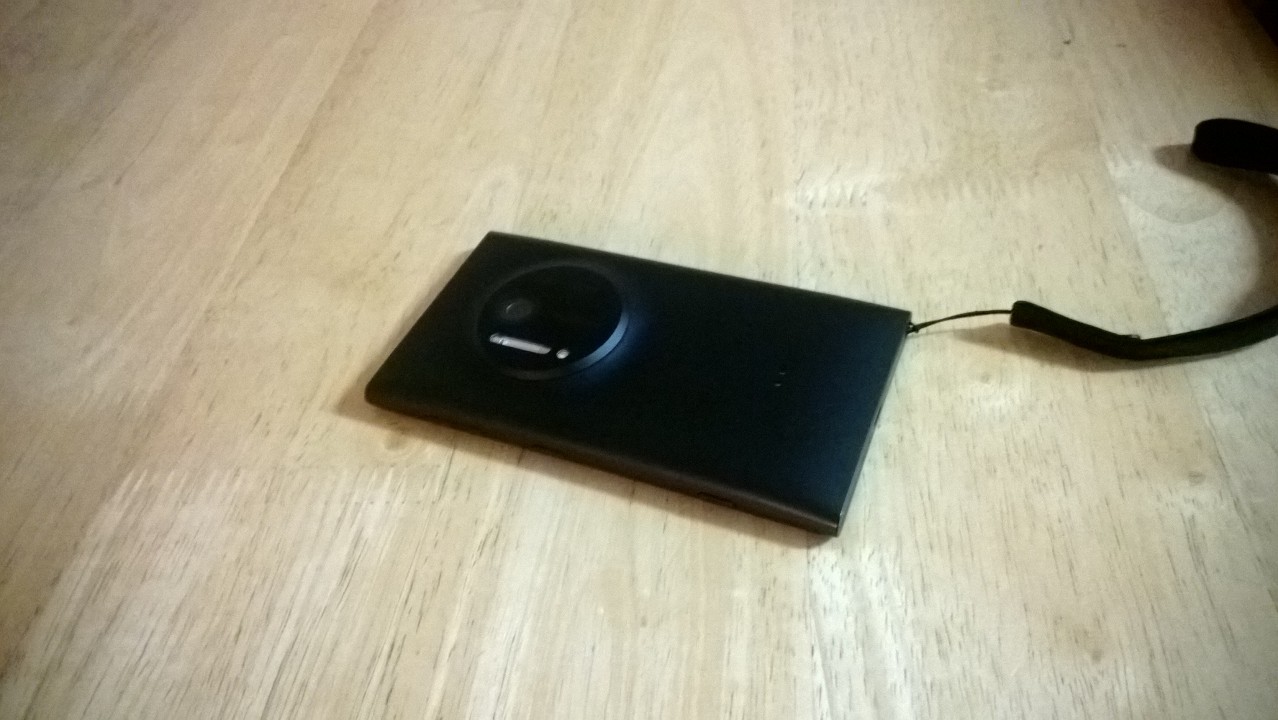 It is pretty clear why people buy the Nokia Lumia 1020, the camera.  So in this review I will cover everything about the device, but most of this review will be on what everyone wants to hear about that monster of a camera.

The overall feel of the Lumia 1020 was actually very nice.  The solid polycarbonate feel felt very

premium in the hand, you really felt like you were holding a top of the line Nokia phone when you had it.  The rounded sides of the 1020 were nice, but I was constantly afraid that the phone would fall out of my hand due to the slick back and rounded sides.

The device was running Nokia Black right out of the box, so no updating was needed.  Windows Phone 8 ran very smooth on the 1020, but that isn’t a surprise.  I feel that the 2GB of RAM that the 1020 has to offer really helped the overall smoothness of Windows Phone, but it is very minor.  Overall Windows Phone 8 ran just like it does on every other device and most people would not be able to tell the difference.

Battery life is very important when it comes to buying a cell phone, so I will try and hit all the points here.  The battery life for a normal user would be great, if all they did was text here and there, take a few phone calls, and occasionally play a few games, but this is not one of those phones.  When you have a phone with a camera like this one you simply want to try it out often, but the use of that camera DRAINS the battery from the 1020.  I use my phone for everything, social media, sms, phone calls, sports scores, taking notes, and watching videos, and on a few occasions I would be struggling to finish out the day with more than 10 percent battery life.  The X factor in the battery life is how often you use that camera.  If you are at Disney World and you want to take a lot of pictures you will be lucky to make it to dinner, but if you use it in moderation, and take the pictures worth taking and not of every person that walks by with a different shirt on, then you will be perfectly fine.

I had the Lumia 1020 for one week, and with my luck that one week I had it the weather was awful, but I do have some sample photes that I will leave at the end.  Now to start the coverage of that double stuffed Oreo that is slapped on the back of this device, the camera.  First thing I did after unboxing the 1020 was walk outside and drab a picture before it started to rain, so I could see if the rumors of the best camera phone ever were true, and I can confidently say that I was not disappointed.  The detail that the Lumia 1020 can take from one picture is absolutely ridiculous.  Plus having Nokia’s Nokia Camera app just added to the experience.  If you love taking pictures and you are looking for a new phone then the search is over, go grab a Nokia Lumia 1020 ASAP.

Being able to use the 1020 for a week was honestly a blessing, so first I want to thank Nokia for sending me the review unit.  I will run back and coverage each point very quickly, the hardware is great from the buttons to the speaker.  The software ran smoothly, but opening and using the Nokia Camera app required a hair more time than everything else.  Battery life for me was good, as long as I did not go on a picture taking adventure. Finally, the camera was excellent, having the 102 with me made me want to take pictures because I knew what it was capable of.  The Lumia 1020 at Retail price is still around $600, but it is said to be as low as $50 if you are signing your new 2 year contract, and that is a steal for the experience that comes with this device.