Skip to content
You are here
Home > Latest Posts > iPhone 5 launch has made Lumia 920 so much more desirable. A peep into innovations you will miss on any other device. 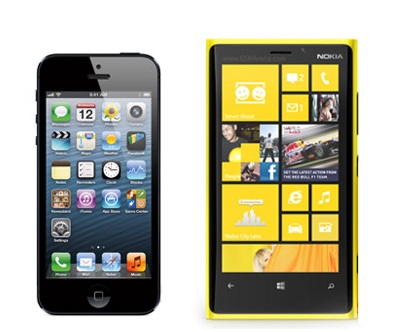 iPhone 5 was launched yesterday with all the media fanfare and hype. It was expected that after a minor and much criticised upgrade of iPhone4 to 4S, Apple this time will blow up everyone with many innovative features that new iPhone 5 will bring. A part of tech-media was especially hoping too much from Apple after Lumia 920 took everyone by surprise with its innovative features which redefine  smartphone experience.

But the iPhone 5 has come with even fewer changes  than what iPhone 4S was launched with and sans any innovation. In fact only screen size has grown to 4 inch and on more row of apps has been added to the home screen. All other stuff like faster Processor and some new features in same 8 MP camera look like mere catch up to competition. So much for the, “self-declared most innovative company”.

This has really made many tech-lovers divert attention to Lumia 920. Today only, I have a couple of friends already using iPhone 4S asking me about what is all the fuss about Lumia 920. On asking, there disappointment with iPhone 5 was palpable.

What can you say of innovation on a smartphone for which the company talks about “Panorama” being the most amazing change. How can a company fool people in the name of something which was available integrated to the Camera on my Nokia 6210 classic running S60V3 in year 2008.

So finally, just to reiterate and demo what all innovations you Lumia 920 comes packed with and which will be missed on other devices for at least next one year.

Check the below videos to see how Lumia 920 crushes the competition in Imaging department.

Packing industry leading 332 PPI pixel density, this screen is so sensitive you don’t need to take your Gloves out in winter. You can use your nails as well.

This is unique to Nokia Lumia devices and redefines the Smartphone charging experience.

Though Nokia went silent on these during launch event, since they wanted more attention on the above three, but the experience that Rich-recording and Dolby Surround Tech provides is unparalleled by any other competitor’s smartphone .

So, what do you think? Do you agree that, iPhone 5 launch has increased desirability of Lumia 920. Do, let us know in comments.