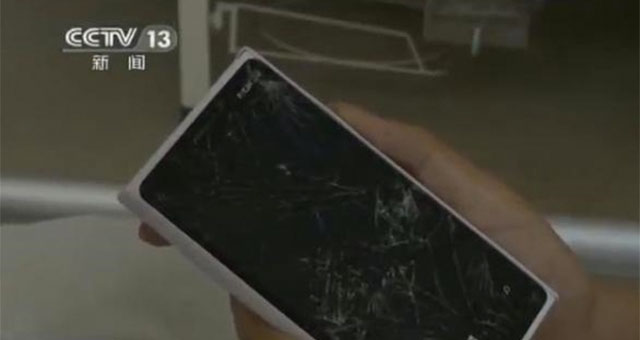 One more story of Nokia phone’s indestructibility!! Nokia Lumia 920 saved life of its owner in a wall collapse that killed two other people.

After a 20-meter long wall collapsed in Lanzhou on Sunday afternoon, reporters learned that one of the victims sustained only minor injuries after he had instinctively held up his Nokia phone to protect his head from falling debris.

The man, Geng Ming, is one of nine people who’d been buried as the wall suddenly toppled on top of them. Although he is still in the hospital, Geng told reporters that he only suffered from minor wounds and will likely head home soon. He suggested that if it wasn’t for his phone, he probably would’ve been more severely injured.

Nokia Phones including smartphones like Lumia 920 have been built like tanks with lots of emphasis on build quality. Time and again we hear stories where these devices have taken extreme conditions and even bullets to save life of its owners.