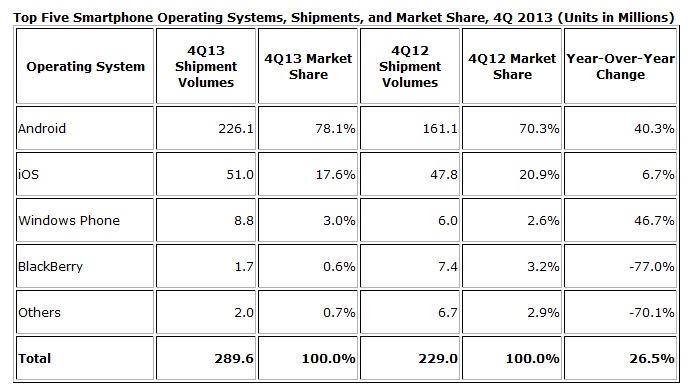 Windows Phone posted the largest increase for both the quarter (46.7%) and the year (90.9%), with each nearly doubling the growth of the overall market. Nokia easily led all vendors with 89.3% market share, a testament to its expanding portfolio that addressed entry-level all the way up to large-screen smartphones. What remains to be seen in 2014 is how Microsoft’s acquisition of Nokia’s smart devices will propel volumes higher.

Though, It will be interesting to see how Microsoft copes up with market share dynamics without Nokia brand for upcoming Lumia devices!