Skip to content
You are here
Home > Latest Posts > News > Deals & Offers > I, Gladiator goes free as myAppFree app of the day 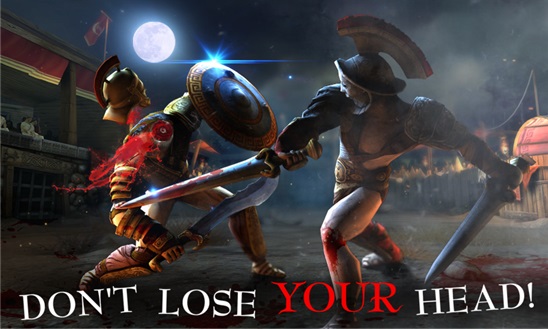 The game that has gone free as myAppFree app of the day is I, Gladiator. I, Gladiator is a cross-platform multiplayer game based on epic Gladiator movies and games of the past. It has got rave reviews on other platforms too.

Based on epic Gladiator movies and games of the past, I,Gladiator brings exciting and fast-paced gameplay to mobile.
Rufus is a Pawn between two warring Roman gods. For Rufus to gain control of his own fate and to get revenge, he has to start at the bottom and fight his way through a series of increasingly difficult tournaments in different locations. You play Rufus and you are his destiny!

You attack from different angles based on easy to use screen gestures and controls. You can also string together combos when you swipe continuously (like in a figure-eight pattern) until you run out of stamina. Swiping down kicks your opponent in the gut, knocking him down if unblocked and giving you a breather. Holding down the shield button can parry incoming attacks, while holding and swiping allows you to dodge anything that can’t be blocked.

We recommend installing myAppFree app on your devices, as it provides you with daily app deals.