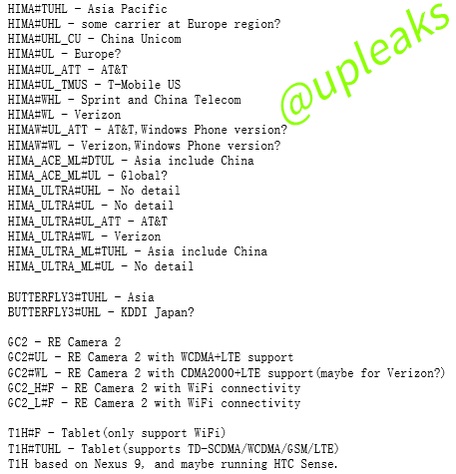 Well, Upleaks has got some credibility when it comes to leaks featuring HTC devices. Now, they have posted above road-map or list of upcoming HTC devices. Good news is that it has two upcoming Windows Phone devices or variants on that list: HTC Hima for Verizon and AT&T.

While it looks like a great news, it won’t appear before late next year, if we take into account Windows 10 Phone timelines. And worse, it may not be available outside US, just like HTC One for Windows. Hopefully, we will see a flagship from Microsoft Mobile in first half of 2015.

Thanks HTCLover27 for the tip. Cheers!!