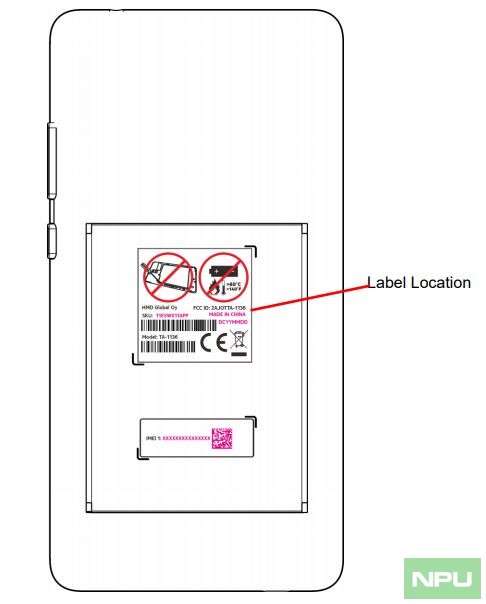 So, TA-1136 a new Nokia smartphone that we caught passing Bluetooth certification with 5.0 specs may not be Nokia 8.1. It has passed FCC certification today and what we learnt from the FCC listings is that we may be looking at Nokia 2.1 Plus, the bigger-sized variant of Nokia 2.1.

As one can notice in the label below the variant TA-1136 may come with 1GB RAM + 16GB internal storage.

Also, it has been mentioned several times in the FCC reports for TA-1136 that it is electrically identical to TA-1084, a Nokia 2.1 variant. So, it seems that we will soon see HMD launching the bigger variant of Nokia 2.1 as Nokia 2.1 Plus.

The FCC application also reveals that the TA-1136 variant will not be sold in the US market.