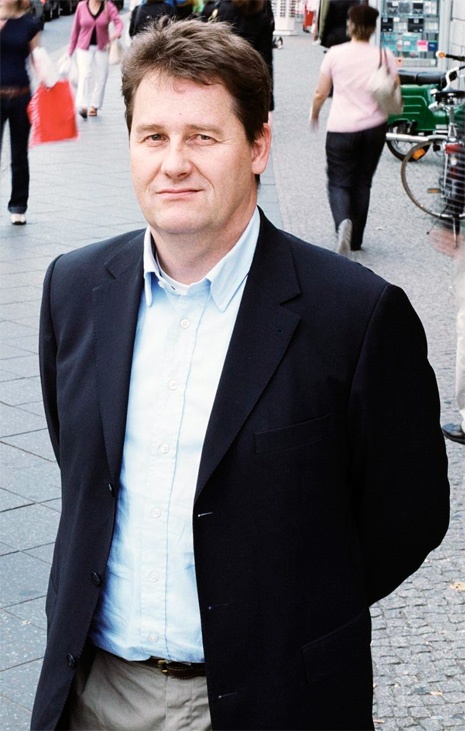 A report from Bloomberg claims that the disagreement about HERE’s future strategy with Nokia CEO Rajeev Suri may have made HERE CEO, Michael Halbherr to step down. Perhaps the internal debate is over whether HERE should focus on automotive and enterprise clients or continue to target customers too.

Michael Halbherr is leaving the Finnish company after a disagreement about his division’s strategy with Chief Executive Officer Rajeev Suri, said people with knowledge of the matter.

There’s an internal debate over whether the division should focus on automotive and enterprise clients or also continue to target consumers, said one of the people, who asked not to be identified because the matter is confidential. Nokia said today Halbherr, 49, is leaving to pursue entrepreneurial interests.

Recently we have seen HERE job postings mostly related to two of its verticals: Everyday Mobility targeting enterprise and Everyday Adventures, under which it may launch new consumer products.

HERE CEO, Michael Halbherr will step down on September 1st, Nokia has announced on HERE’s 360 Blog. He first joined Nokia in 2006, when Nokia acquired his location company called Gate5. He has led HERE since its inception 2 years ago. The official statement from Nokia puts his reason of leaving the company as ” In order to pursue his own entrepreneurial interests”.

HERE has been treated as a separate business entity within Nokia, post Nokia-Microsoft deal closure and thus is known as “Here, A Nokia company”. That’s why, Michael Halbherr was designated as CEO of HERE, while Rajeev Suri continues to be CEO of overall Nokia company.

Michael has famously quoted at the time of Nokia-Microsoft deal announcement that “We will still surprise people with leading-edge hardware” and also revealed some time ago that HERE will launch consumer services for iOS & Android. It is a bit surprising though he decided to leave at a time when things are going to get a lot more exciting at HERE.