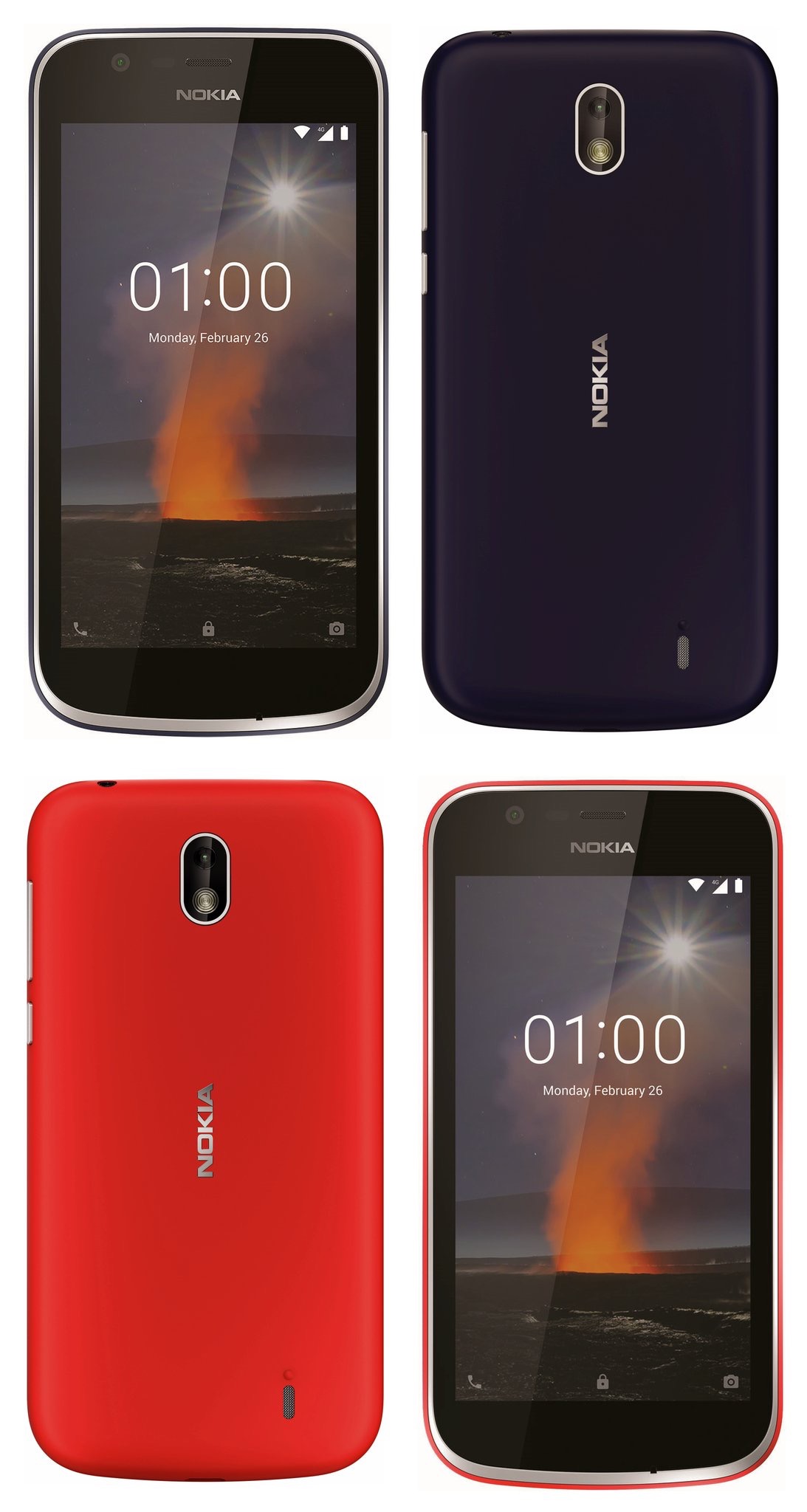 Nokia 1 is expected to be the very first smartphone from Nokia to come under the Google’s Android Go project. Android Go is made for those devices with lesser resources like RAM, storage, and processor.

The Nokia 1 was leaked previously in China which was visible from the back side. The device was also leaked in some specifications as well. In terms of specifications, the Nokia 1 could come with a 4.5-inch HD display on the front. The device will have 1GB of RAM in it. There will be 8GB of internal storage with Micro SD card slot.

Now we have some more information about the device. The latest leak about Nokia 1 comes as the HD renders of the device. The leaked renders show us the device in two different colors which are Blue and Red. It comes with a polycarbonate body. The device comes with thick bezels on the front side. At the back side, we have a camera module similar to the previous Nokia smartphones.