Skip to content
You are here
Home > Latest Posts > myAppFree > Fortress: Destroyer for Android goes free as myAppFree app of the day 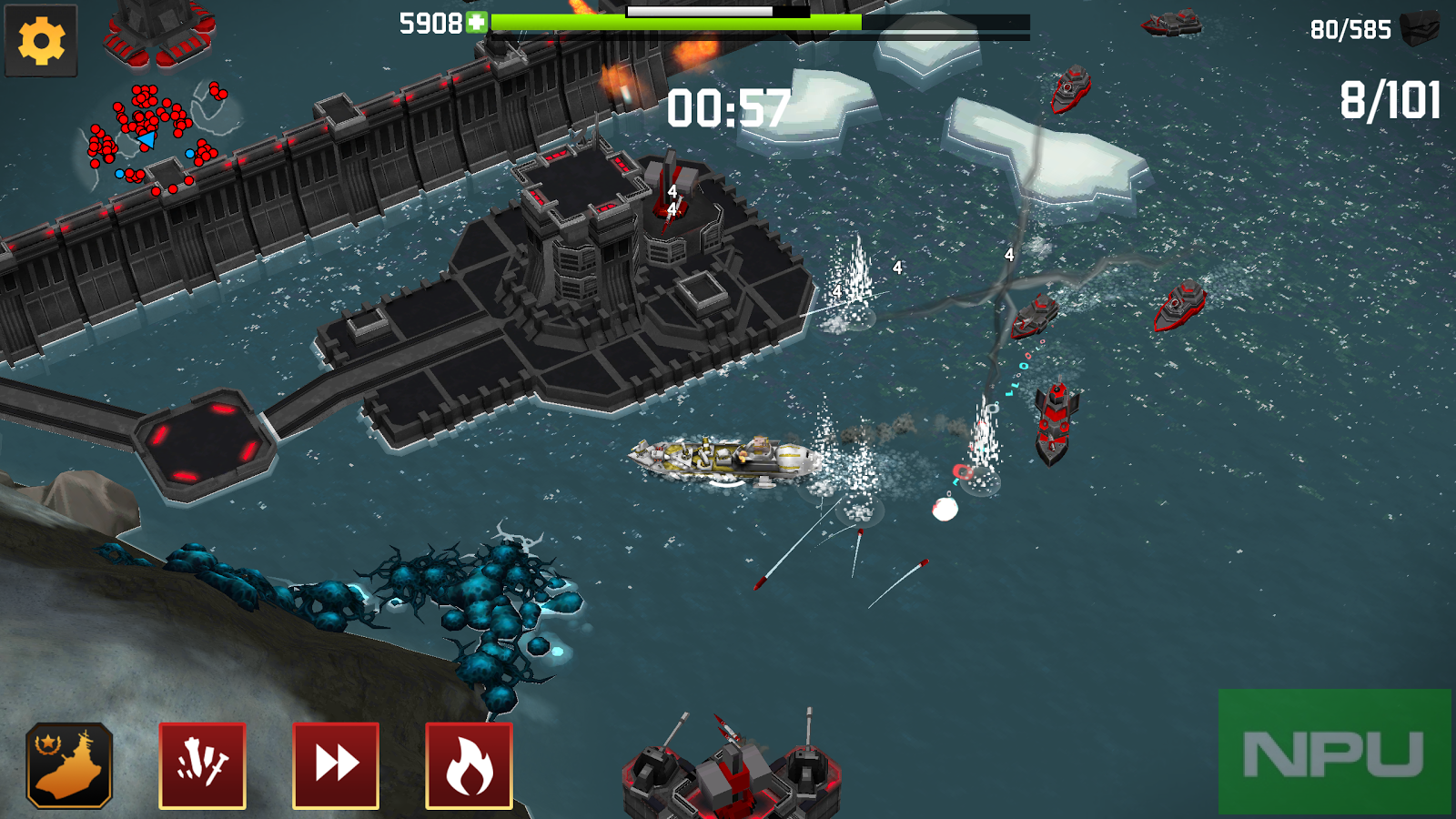 The Android app which has gone free next as myAppFree app of the day is Fortress: Destroyer. Build the biggest, most blisteringly powerful battleship fleet imaginable, then fight back against the tyrannical Blackwater navy in this innovative action-RPG from the makers of Bloons TD 5.

CRAFT YOUR SHIP
Choose one of 3 ship classes, fill multiple gun slots with powerful weapons, and add Modules to get new abilities. Take your custom ship build into one of 15 missions, and unleash pure havoc as you target your weapons, ram enemies into gibs, and trigger ocean boiling special abilities. Earn resources and precious Blueprints with each victory, upgrade your ship, and build a fleet of up to 15 ships to wrest command of the seas away from your relentless enemy.

FAST AND FURIOUS
Forget about slow ship simulations you’ve seen before – this is smooth, one-touch driving with the ability to dodge incoming fire, auto-target enemies, and line up nitro boosts for awesome ram combos.

CRUSH YOUR ENEMIES
Blackwater isn’t going down without a fight – you’ll face dozens of vicious enemies who can form a variety of deadly attack groups. Navigate past enemy turrets and fortifications to crush enemy-spawning factories. Then face off against huge armored boss ships that use every ounce of their firepower and their signature special attacks to send you to a watery grave.

BUILD YOUR FLEET
15 different ship types, 16 Bridges, 100+ weapons, and 75+ modules allow you to craft an incredible array of powerful ships. Use Fleet Squadron to call in two of your other ships to tackle tough objectives, or send other ships off on timed missions to come back with critical resources to help you grow even stronger.