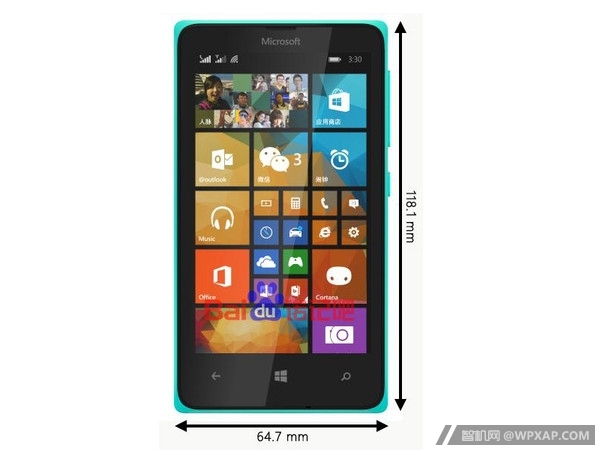 So, guys and gals!! Be ready to welcome the latest Lumia family member, the Lumia 435 to the Lumia range, soon. Yes, we can now sort of confirm that Microsoft will take the Lumia range beyond 5XX series and the latest entry-level Lumia will be called Lumia 435.

With its variants already passing certification in Indonesia and at FCC in USA, the 4-inch Lumia device which may have hardware touch-buttons and comes with a 800 x 480 resolution display (confirmed), looks destined for a sooner release.

Microsoft Mobile has earlier shared its intent to focus on making market for windows phone. For this Microsoft has planned to kill some future Nokia X family products and bringing them as additional low-cost Lumias for targeting the more affordable smartphone segments. Lumia 435 can be seen as Microsoft’s ultimate tool to take the fight to Android.

And now, Peter has been so kind to tip us with this image from China (though, we can’t confirm the veracity of this image). The size specs match to what was found in FCC certification for Lumia 435. On top of that you can see the Nokia X family design, so it all sums up well.

FFC ( yet to be confirmed)

We will share more details about Lumia 435, as we will gather it from our sources.