So, confirmation is out finally from “Everything Everywhere”. You can see Lumia 920 and Lumia 820 listed along with other 4G enabled devices on its homepage. One thing, we couldn’t help but mention here is that both the Lumias look great in Black. If you remember, we reported about Nokia being in talks with UK’s first 4G network provider Everything Everywhere, as the exclusive U.K. launch partner for the flagship smartphones Lumia 920.

Now, the network operator which has named itself “EE” has confirmed on Twitter that not only Lumia 920 but also Lumia 820 are exclusive to it in UK initially. 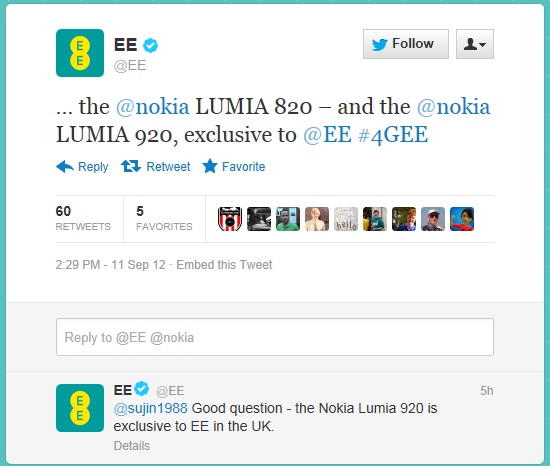