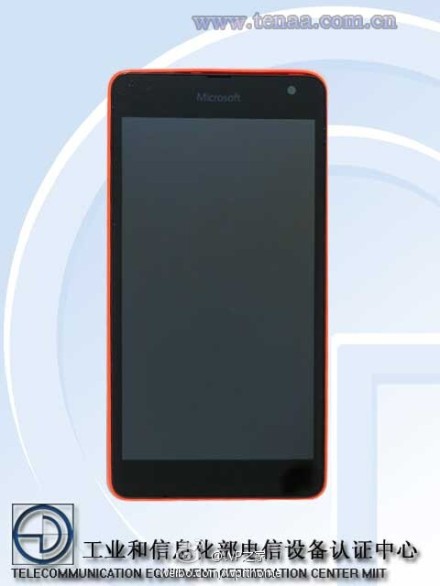 Like most of the times, you heard about it first at NPU and now RM-1090 has shown itself in Red at China’s Tenna flashing “Microsoft” brand name. It very well looks like what we guessed it to be. A device most probably between Lumia 630 and Lumia 730.

We have covered RM-1089 / RM-1090 since the time they were first seen in Adduplex database. We saw it passing certification at FCC, getting certified in Indonesia and traveling to India.

It has 960 x 540 display resolution, which is supported by Windows Phone 8.1 update 1. The size specs of 139.97 x 71 hint about it having a 5-inch display. Now the images show it sporting most probably a 5 MP camera with flash and FFC too.

RM-1090 is the Dual-Sim variant, while RM-1089 and RM-1091 are Single-Sim variants. RM-1091 is the latest to pass certification at FCC. Surprisingly both Single-sim variants come without LTE as seen in the FCC certifications and unlike Lumia 635 / Lumia 735.