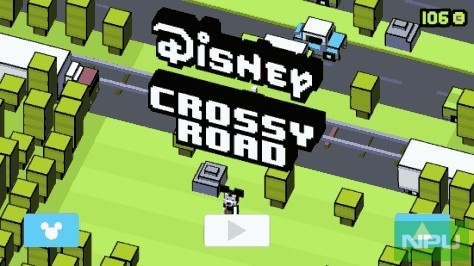 Disney’s one of the most popular action & adventure game Crossy Road today picked up a major update in Windows store taking it to version 1.1.0.1. The latest update packs with jungle World in game to celebrate the release of Jungle book film. Along with this developer has also added 25 new figurines in which 14 are secret. Check out official change log below.

What’s new in latest update
LOOK FOR THE BARE NECESSITIES In celebration of the release of the live-action Jungle Book film, we added a whole new world!
Try not to catch fire as you explore The Jungle and collect wild ‘n crazy figurines like Mowgli, Baloo, and King Louie. PLAY WITH 25 BRAND NEW FIGURINES!
We added 25 new figurines but 14 of these are SECRET ones. See if you can unlock them all! PSST! It’s ruff out there, so we’ll throw you a bone…or 50. Hop to a happily ever after and reunite Pluto with his sweetheart!

The latest update is now live on store. As the game is universal, you can also download it on your Windows 10 PC. Make sure that you hit following link to download this game on your device.