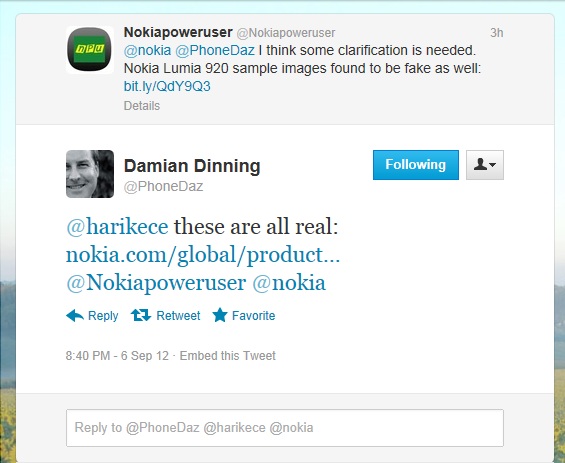 GSMArena has posted a shockingly biased article saying that even, “Nokia Lumia 920 sample images found to be fake as well”. This all has been written on the basis of views provides by some blogger. This may harm Nokia’s reputation, but more than that It has already harmed GSMArena’s reputation in our eyes!!

We asked Damian Dinning and Nokia to clear the air about it and Damian has obliged saying that the official photos posted by Nokia on Lumia 920’s product page are all real.

This provides insight into how amazing this new PureView tech works in low-light conditions. We have this “Nokia Photo challenge” video as a great proof as well.

Many renowned Tech journalists were there during this photo challenge and consider it as a definitive proof  for Lumia 920’s awesomeness.