Skip to content
You are here
Home > Latest Posts > News > Cortana can track more sports, can predict winner of dancing with the stars 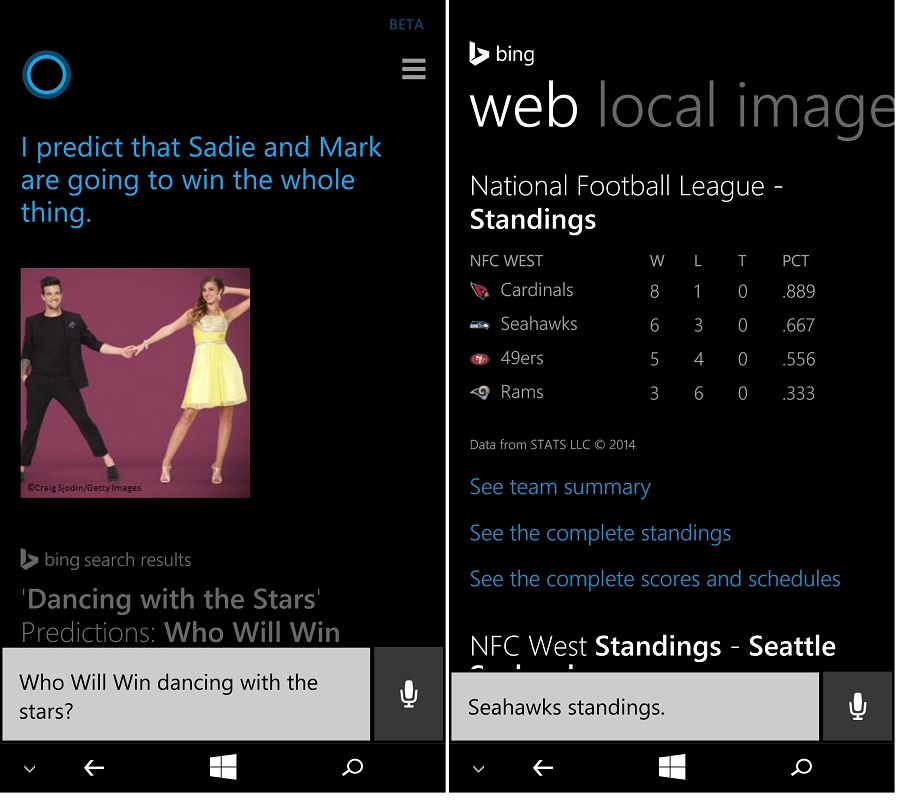 Cortana (Beta, US) has been updated yet again in background and good fellas at Microsoft have shared the changelog yet again. So, here is what is new,

We’ve added tracking for new soccer leagues such as EPL, Bundesliga, La Liga, Italian Serie A, and Ligue 1. We’ve also added tracking for NCAA football teams as well. Cortana will also now show you the standings for major U.S. Majors leagues including the NFL. When you ask Cortana “Seahawks standings”, she will show you where the Seahawks stand in the NFC West. You can also ask her “NFC standings” for the latest standings in college football or “EPL standings” for the latest from FIFA games.

Predicting “Dancing with the stars”:

For a bit of fun – we’ve also added predictions for ABC’s Dancing With The Stars into Cortana powered by Bing Predicts. Just ask Cortana “Who will be eliminated in DWTS”, “Who is safe in DWTS”, or “Who is in jeopardy DWTS” for this week and she will give you an answer! You can even ask her “Who will win DWTS this year” to look ahead at what you might expect.

Read all about Cortana on our dedicated page.