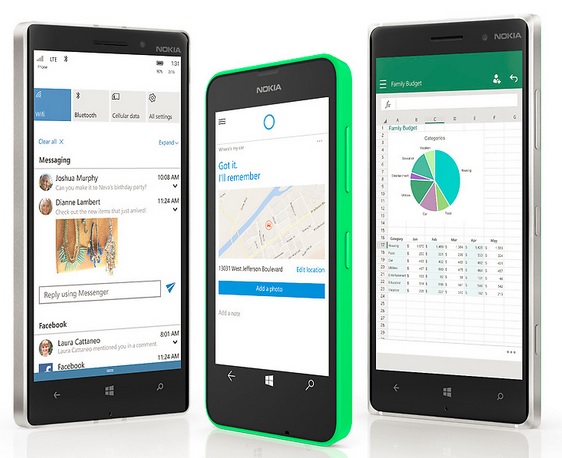 Windows 10 Mobile will enter RTM stage sometime around September and after introduction of new Lumia Flagships in October, it will start rolling out to existing Lumia devices around the world, confirm our sources.

Now comes the tricky part. The update will not come to all the devices simultaneously but in a phased manner. Still the roll-out will be much faster than what we have seen for Lumia Denim update roll-out. Though some devices that can be expected to get the update before others have been revealed by Microsoft on its official Lumia site.

Get ready for exciting new Windows 10 features on your Lumia. Take care of everyday tasks faster with an improved Action Center, enjoy a distraction-free reading experience with the Microsoft Edge browser, and do more on the move with universal apps like Maps, Calendar, and Photos. The following Lumia smartphones will receive a free upgrade when available: Lumia 430, Lumia 435, Lumia 532, Lumia 535, Lumia 540, Lumia 640, Lumia 640 XL, Lumia 735, Lumia 830, and Lumia 930.

The above list includes all the latest Lumia devices released after Lumia 930 but have some surprise omissions. For example Lumia 630 / 635. Though, we can confirm that Microsoft has plans to bring Windows 10 Mobile to all the devices including Lumia 520, Lumia 530 by end of the year.

Thanks to everyone who sent us this tip.