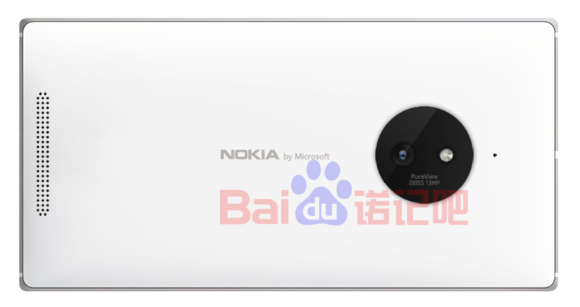 After the leaked images of a new Lumia with metal frame, here is another render of the same device leaked in China. The latest render shows back of the device and is much clear than the earlier leaked images. The back shows 13 MP camera with Carl-Zeiss optics and Nokia by Microsoft branding, something which was claimed by evleaks.

The person behind this latest render mentions following about the new device in above image,

Corner radius of the metal frame is smaller than 930, plastic and glass corner radii greater than metal frames (like X/XL) loudspeaker design is like 925, the camera’s layout like Lumia 620, just with on black trim Strip into a circular form.

We have our own doubts about this render being a real-deal, and so suggest you to take it with a pinch of salt. We will keep you updated, if we come to know anything about this device.