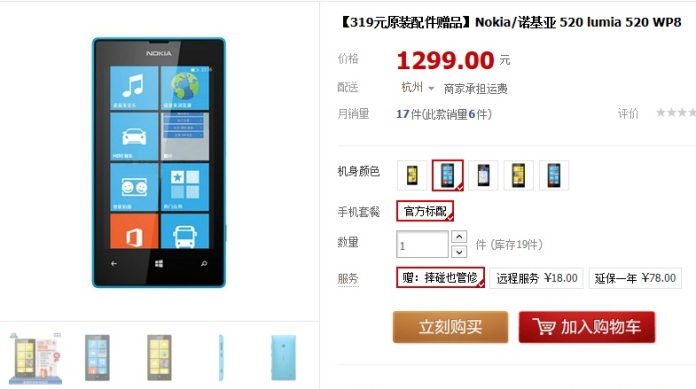 China’ 2nd largest and World’s 3rd largest carrier, China Unicom and Nokia have jointly launched the Lumia 520 mobile phone yesterday in Hangzhou. Lumia 920 and 820 have also been launched by China Unicom and Nokia before. Now, what is interesting here is that China Mobile says that they expect to sell 90 million smartphones this year, a 50 percent annual jump over last year when they sold 60 million smartphones. And according to them partnering with brands like Nokia will help them achieve their target.

”With the fastest 3G network in China, we will expand business and market share through more cooperation with overseas brands, like Nokia,” said Zhou Youmeng, China Unicom’s marketing director.

They have recently upgraded their network to  3.5G network with a mobile bandwidth of 21 megabytes per second, triple the level of current 3G networks operated by China Mobile and China Telecom.

Good news is that Nokia looks like one of their focus partners in their growth strategy. So, with both China Mobile and China Unicom supporting Lumia devices , it may be a strong year ahead for Nokia !!

Thanks Dojobi for the Tip. Cheers !!