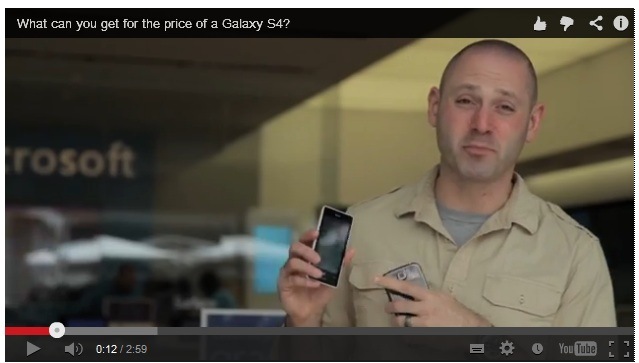 MS’s windows phone team is getting more and more aggressive with their advertisements lately. Directly targeting iPhone and SGS 3 and 4 with “wedding advertisement,” “Stunner vs bummer” campaign and low-light adverts etc. In the latest advertisement promoting “awesome for the price” Lumia 521 they have almost called off-contract SGS 4 waste of money. Now, many may call this comparison of unequal but go through the ad and it becomes clear that they are selling the idea of incomparable off-contract value of Lumia 521. The ad shows how one can get Lumia 521, memory card, headphones, a year of Xbox Music and ASUS VivoBook X202E touchscreen laptop in the cost of off-contract SGS4, $750.

The fully featured Instagram client “Itsdagram” has been renamed in the latest update to “Instance“. Perhaps, there has been some issue with this name sounding a lot like original “Instagram“. Anyways, there is no other change and the ad-supported version of Instance is still fully featured and free. The new update brings following changes,