Lumia 810 getting retired so early is really surprising as Nokia’s Chris Weber has mentioned plans to have low-end, mid-range and high-end devices at each of AT&T, Verizon and T-Mobile. Lumia 521 is the low-end and high-end Catwalk may be due in June to T-Mobile. So, what happens to the mid-range then? 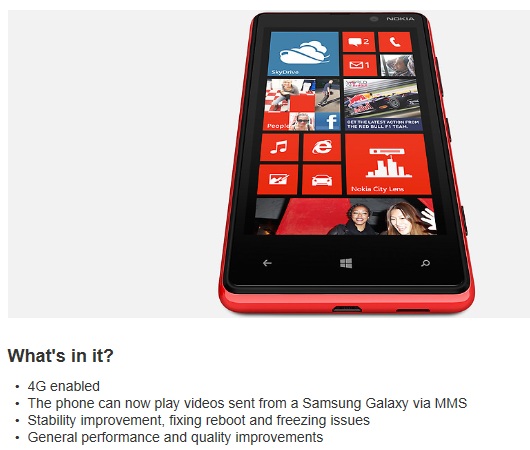 Vodafone Australia on its support page has mentioned that from the 17th of April 2013, Microsoft will start rolling out the Windows Phone 8 product release 1.1.5 software update for the Nokia Lumia 820. According to the change log it makes Lumia 820 4G enabled.