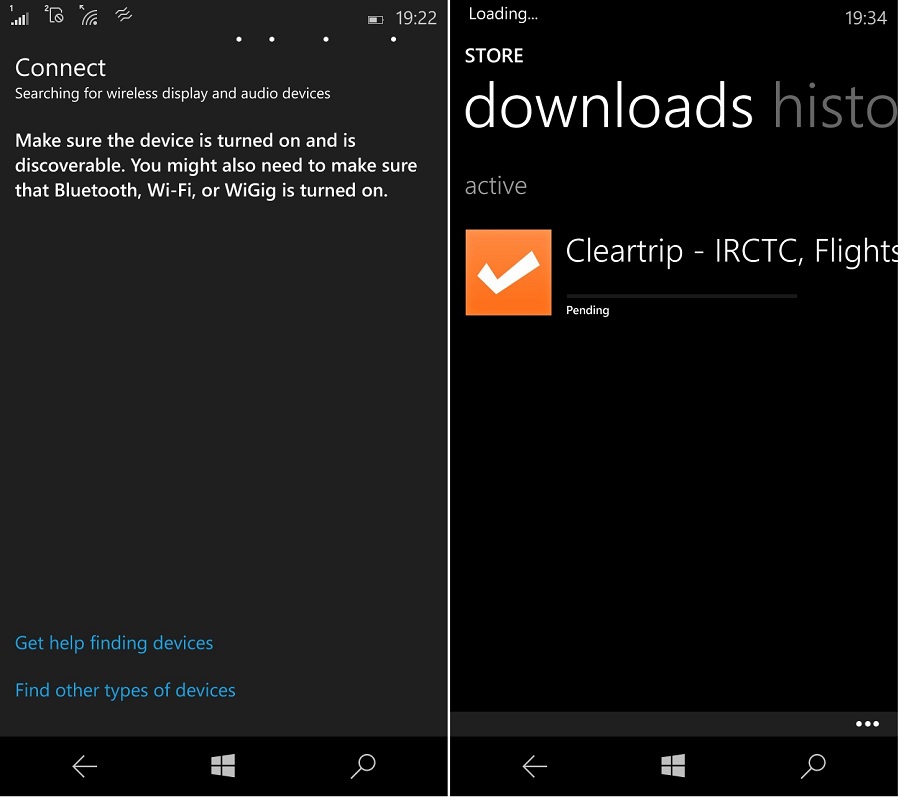 Seems upcoming Lumia flagships may boast of one more awesome feature. As the above screenshot taken from Build 10149 reveals, with capable processor like Snapdragon 810 (that is supposed to do its duty on Lumia 940 XL) Lumias or other high-end Windows 10 Mobile smartphones may support super-fast data transfer of up to 4 Gbps.

Qualcomm has mentioned this in specifications of Snapdragon 810.

With integrated 802.11ad (also known as WiGig technology), you won’t have to worry about sacrificing quality for performance. Files can be quickly transferred between two WiGig enabled devices at up to 4Gbps which is particularly noteworthy for those who want to seamlessly stream high definition media content.

Windows 10 Mobile Build 10149 has also removed the annoying cellular data use limit for app and other downloads. Now you an install heavy games using cellular data, if you wish to do so.

Thanks Minto for the tip. Cheers!!