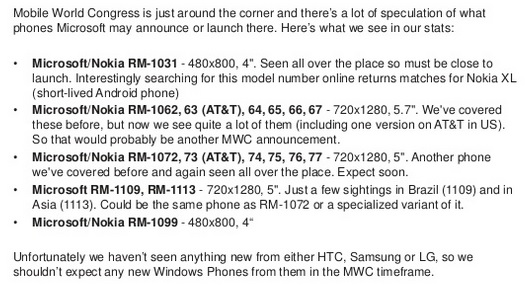 MWC 2015 is almost here and we have shared list of three devices that may make it to the Microsoft Mobile’s MWC line-up.

Lumia 1330 and its variants

Lumia 640 and its variants including RM-1109, the DTV variant for Brazil

Many of Lumia 1330 and Lumia 640 variants have passed certification at FCC. While it is always tough to tell whether any of these devices will be launched in US market, with help of Adduplex data, we can tell you which devices are getting tested in US.