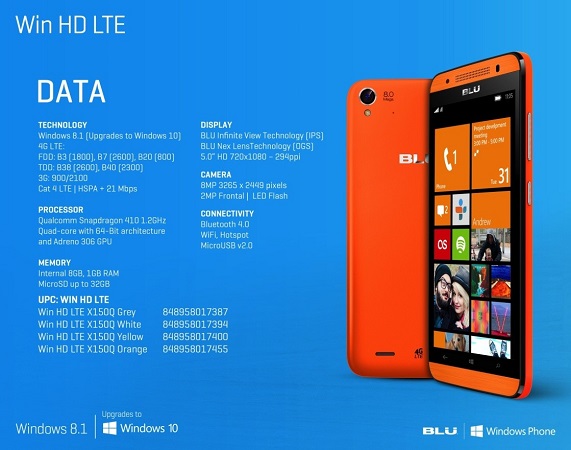 We know that not only Microsoft makes Windows Phone, there are many more third party partners like BLU and Acer. However sometime ago BLU entered in Indian market with their BLU Win JR LTE and Win HD LTE which was only sold through online channel Snapdeal.

Now BLU Win JR LTE and Win HD LTE would be available on Amazon too. Both are priced at Rs 5999 and Rs 7999 respectively. These devices comes with 4G LTE support for faster download speed.

Even CEO of BLU Products, Samuel Ohev-Zion said  “We are extremely excited about building our brand in India. We believe that the Indian consumer is very savvy and knows what he wants.  We are committed to developing aspirational products in a price range that will make them attainable. BLU aims to be a major player in the Indian mobile market.”

The both devices are Budget friendly, but comes with good specs.

What do our readers think about these devices, Are you going to try out these Windows Phone. Let us know in comments below: