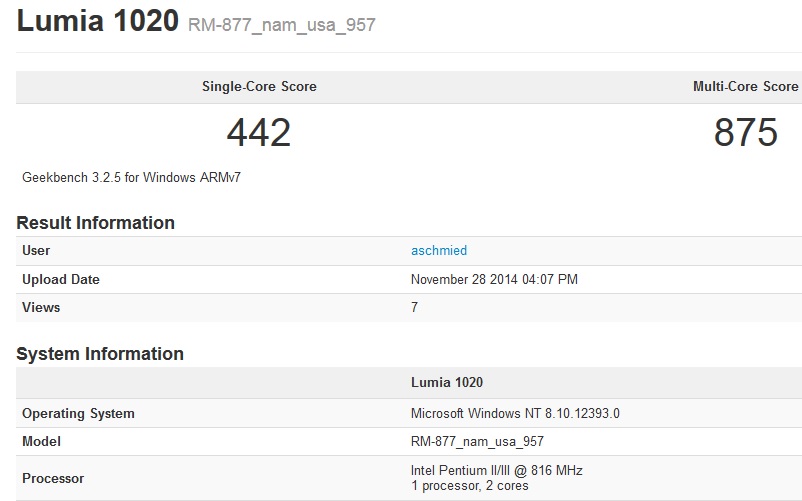 That Lumias (Windows Phone devices) running Intel processors may arrive with Windows 10 for phones has been rumored and has been even hinted by Microsoft. But if two Geekbench benchmark entries for Lumia 1020 and Lumia 520 have to taken into account then it seems that even Windows Phone 8 and Windows Phone 8.1 were capable enough to run on Intel processors. Now before you ask how is it possible to have a Geekbench score for Lumias when the app is not yet available, then we will ask you to raise your hopes for the “Geekbench app” to arrive for Windows Phone, as it seems already under testing.

What is actually very interesting is the fact that the person behind these scores is actually a “software developer at primate labs”.

So, these benchmarking entries may (or mayn’t) reveal that,

1) Lumias running Intel processors are already under testing in the wild.

2) Geekbench app for Windows Phone is also under testing and may arrive in future.

Do let us know what you think about this?