Skip to content
You are here
Home > Latest Posts > Australia: Nokia announces Lumia 920 coming to Telstra and Lumia 820 heading to Vodafone and Optus. 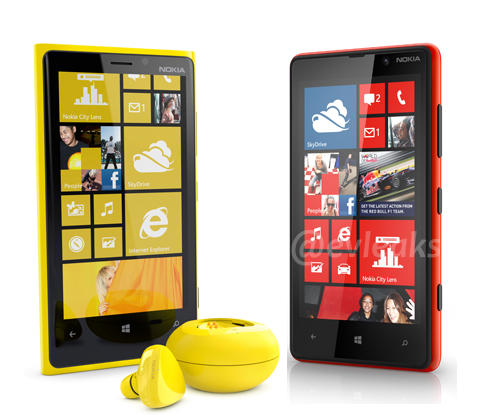 So, the first official Lumia 920 and 820 carrier availability announcement is here. Nokia Australia has announced that Lumia 920 is coming to Telstra’s LTE network, while Lumia 820 is going to be carried by both Vodafone and Optus . Nokia also added that a number of leading retailers would be selling both handsets, but declined to go into specifics.

Nokia also mentioned that Pricing and availability will be announced toward the end of October. Which raises the hope for an end of October to early November shipping of device in Australia.

You can read the full press release below,

Sydney, Australia – 27th September 2012. A number of operators and retailers today confirmed they will sell the Nokia Lumia 920 and Nokia Lumia 820 in Australia.

Telstra will add Nokia’s flagship device, the Nokia Lumia 920, to its smartphone portfolio, while Vodafone and Optus Business customers will get the affordable and feature-rich Nokia Lumia 820. A number of leading retailers will also sell the new smartphones.

Nokia Australia’s managing director, Steve Lewis, said: “Operators and retailers are throwing their weight behind our new Nokia Lumia smartphones and we appreciate their continued support. “So many consumers and businesses have already made the switch to Nokia Lumia and with the new range, we believe many more will follow suit. “The industry tide is turning and that’s good news for us, Microsoft and our partners,” he said.

The Nokia Lumia 920 is the first Nokia smartphone that supports Telstra’s ultra-fast 4G network. It includes the latest advances in Nokia PureView imaging innovation such as floating lens technology. The camera takes in five times more light than competing smartphones without using flash so the user can capture clear, bright pictures and video indoors and at night. It also compensates for hand movement while the photo is being taken.

The Nokia 920 comes with built-in wireless charging and boasts the most advanced, feature-rich location experience of any smartphone with the addition of augmented reality tool Nokia City Lens to Nokia Maps, and enhancements to Nokia Drive. The Nokia Lumia 820 is an affordable, mid-range smartphone that delivers high-end performance in a compact package. While the Nokia Lumia 820 has the same look and feel as the high-end Lumia smartphones, it comes with an exchangeable shell design. Exchangeable shells not only make it possible to select from a range of colours, but also to add wireless charging. Beneath the shell is room to insert a micro SD memory card.

Both smartphones are compatible on all Australian networks including 4G and dual-carrier and come in a range of colours including yellow, red, grey, white and black.

The pricing, availability and colour range for the Nokia Lumia 920 and Nokia Lumia 820 will be announced at the end of October 2012.

In conjunction with the launch, Nokia Lumia consumers will also be able to purchase a range of wireless Nokia accessories for use with NFC-enabled smartphones, thanks to partnerships with Monster and JBL:

There’s also a Nokia Wireless Charging Plate and Stand where Nokia Lumia users can charge their device without having to plug it in.

To purchase these Nokia accessories and more, head to https://nokia.mobilefulfilment.com.au/

Telstra customers can register their details to receive more information about Nokia Lumia 920 by heading online to: www.telstra.com.au/nokia.