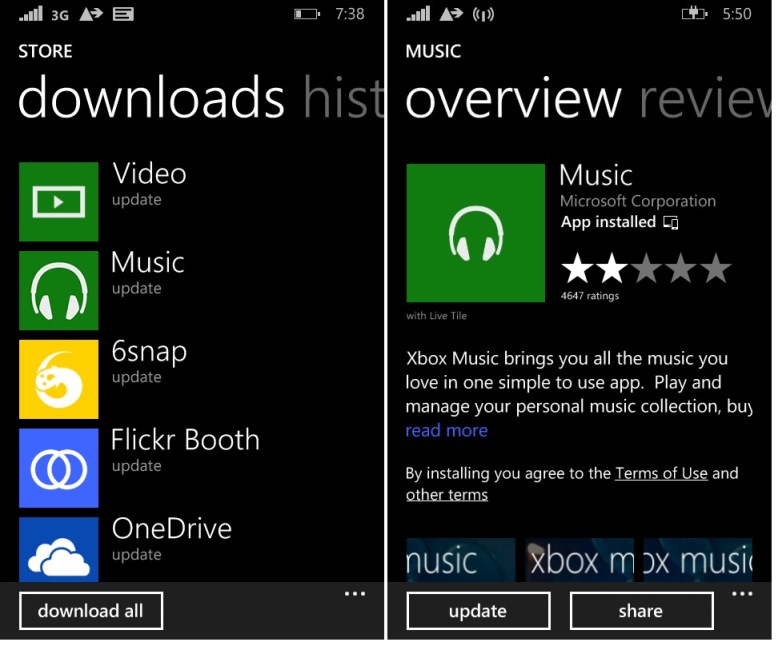 Windows Phone 8.1 video app has been updated too. The update brings minor bug fixes and improvemsnts.

Facebook and OneDrive apps have also seen minor updates it seems as no changelog is provided.