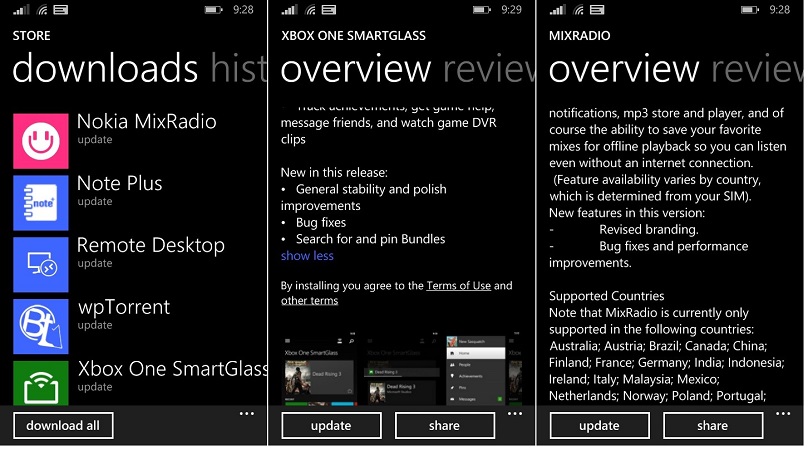 Time for some apps updates!!

Nokia MixRadio has become MixRadio with the latest update. Apart from rebranding the other change is just Bug fixes and performance improvements.

wpTorrent update has following to report in changes,

Remote Desktop is updated with,

Note Plus has the below changelog,