Skip to content
You are here
Home > Latest Posts > Apple fans passed iPhone 4S as iPhone 5 in a hilarious and thought provoking video. 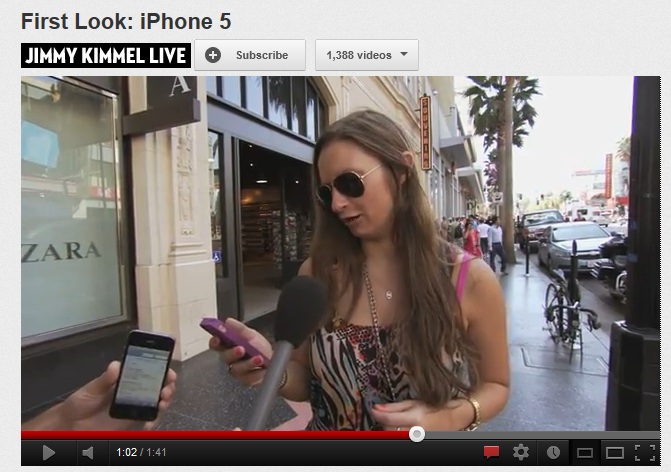 This is how and only how a company can sell almost same phone for last 3-4 years. Yes, by totally brainwashing its targeted customer’s mindset by clever marketing. The hilarious video proves how with only 2% R&D expenditure and without any real innovation, Apple can sell anything to its fans.

The popular comedian and TV show host Jimmy Kimmel and his crew have prepared a video of what the public thinks of the iPhone 5. As you know, Apple’s latest smartphone is not yet available to the public, so the TV show team used an iPhone 4S. And……. you can see the reactions of it being larger, faster Blah Blah !!.

So, Apple customers are ready to believe and buy whatever Apple throws at them. That’s what is funny and thought-provoking at the same time. On, the other hand we have Nokia, which has suffered many a times only due to PR and Marketing after spending billions on research and developement. We don’t say it often. But Nokia, learn something from Apple :).