Skip to content
You are here
Home > Latest Posts > Another #Lumia 2520 variant RX-113 appears on GFXBench with improved score over RX-114. 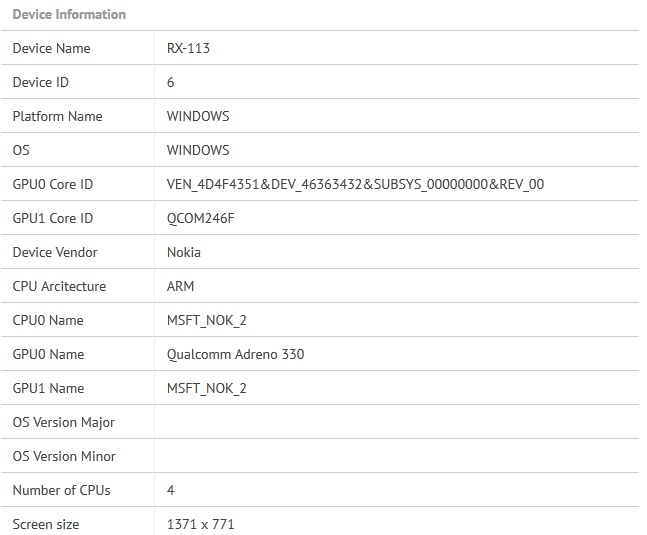 After RX-114 appearing on GFXBench and passing through FCC with AT&T LTE bands, another previously leaked Nokia Tablet Lumia 2520 variant RX-113 has also appeared at GFXBench. This variant also runs on Snapdragon 800 and Adreno 330 GPU and has similar resolution, but still betters the GFXBench score over RX-114.

So, may be the difference in WinRT 8.1 versions on the variants may be responsible for this. Another noteworthy thing is that the device is named “MSFT_NOK_2” while RX-114 was named as “Sirius“, the leaked codename. So, Microsoft’s influence can already be felt there as the deal finalization is being reached.

In case you are interested in reading more about Lumia 2520 specs, features, availability and price head over to our Lumia 2520 page.