That’s why competition is so good for us consumers !! AT&T extended “Free Wireless Charging Plate” offer and both Walmart and Amazon responded by reducing the price of Lumia 920 to $69.99. This makes sense as AT&T is selling Lumia 920 for $99.99 with free wireless charging plate which will itself cost at least $30.

Now, further good news is that Lumia 920 continues to be in strong demand in USA. White Lumia 920 has sold out at Amazon and we expect it to come back soon in stock in wake of improved supplies. Black Lumia 920 is holding well at both Amazon and Walmart and figure consistently in “Best Selling” lists at both the retailers. 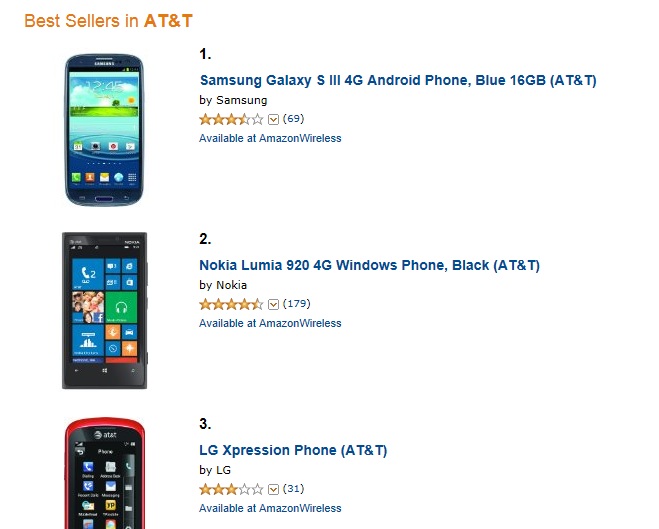