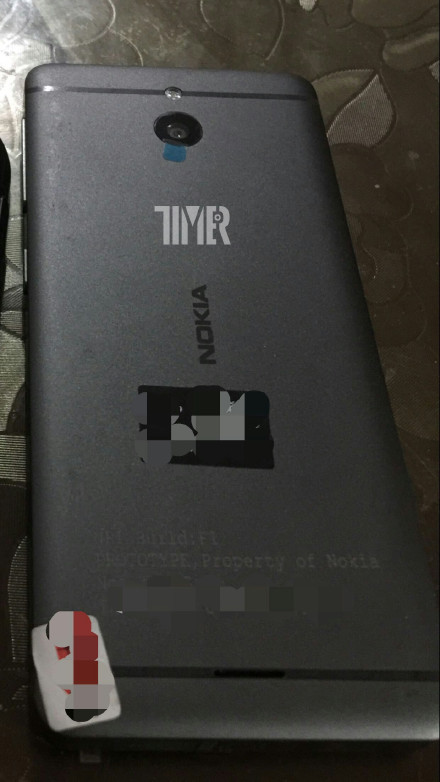 Another image emerges and this has the claimed front of the device too. But as you can see in the image below the leaked device prototype belongs to a  feature phone.

We are in Year 2016 now and what looks like the first-ever real Nokia Smartphone leak has broken cover. The image above shows a all-metal phone bearing Nokia logo and “Property of Nokia” marks on the back. The device looks big and though we can’t see the front it may be around 5.2 to 5.5-inch in size. The device looks attractive at least from the back and the coating on the back and design may offer a good hold when used one-handedly.

Some days ago, in our exclusive article we talked about Nokia working on at least two Android smartphone and two of them may have displays 5-inch and 5.5-inch in size. These devices may pack many new and innovative features especially in Touch & hover interaction, Camera and Audio.

But we received a recent tip from our trusted sources, that now claims Nokia is working on three Android smartphones and all three are out for testing. So, we may expect more leaks soon.