Hmm, so Lumia 510 is here and as much real as Lumia 920 if above leaked picture from “Baidu” is taken into account. They have posted real images of Lumia 510, a low-end WP 7.8 device with following specs,

Now, didn’t we already say that Lumia 510 has a 100% chance of being real amongst all the RDA leaked devices.

It feels good to be the source of these devices and we now have more confidence in saying that we can see others coming real as well. Reproducing part of  our earlier article about these leaks,

So, now putting all the leaked devices names in one place and let us see their chances of coming as real.

Lumia 910: Very high as it has been leaked may a times.

Lumia 950: Very high chances since it was leaked along with Lumia 920

Nokia Belle 805 and Nokia Belle 901: Don’t know where one is device name and other is RM code. But one thing is sure Symbian devices may see one or two more devices getting added to the line up. And who wouldn’t like to see a PureView Belle 901 coming to life

Again, to help you visualise more

, we have this device lurking out of Lumia 920 promo video and caught by some readers. It really looks awesome and much real. 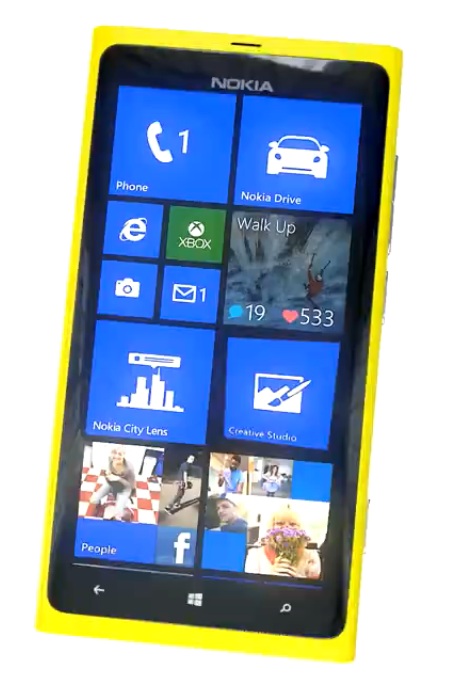 Do, let us know in comments what you think about the possibility of these device coming real !!