Nokiapoweruser
Home Latest Posts After Clove, Lumia 920 sold out at Unlocked-mobiles in one day. Next... 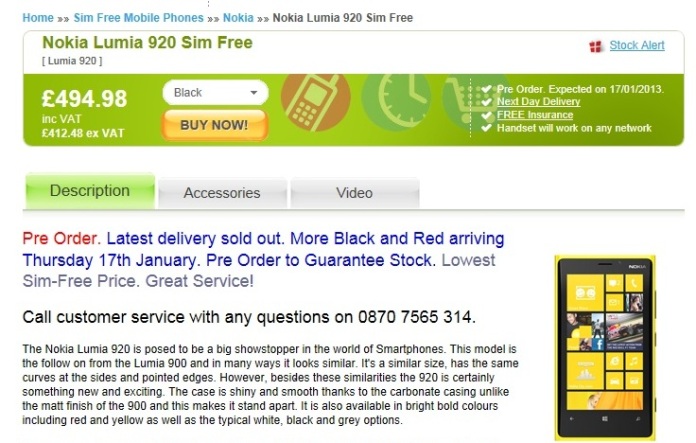 Unlocked-mobiles which offers lowest price of £500 for unlocked Lumia 920 in UK, has also been sold out of Lumia 920 stock just after stock arrival on Monday. They now inform on the page that next stock is due to arrive on 17th January. For the kind of demand unlocked Lumia 920 enjoys in UK, Unlocked-Mobiles certainly offers the best deal. So, in case you want one, better pre-order now, before it is late.

There are certainly good signals of Lumia 920 supply improvement from Nokia, and it can be seen here in the second stock arriving in quick succession after the sold out !!