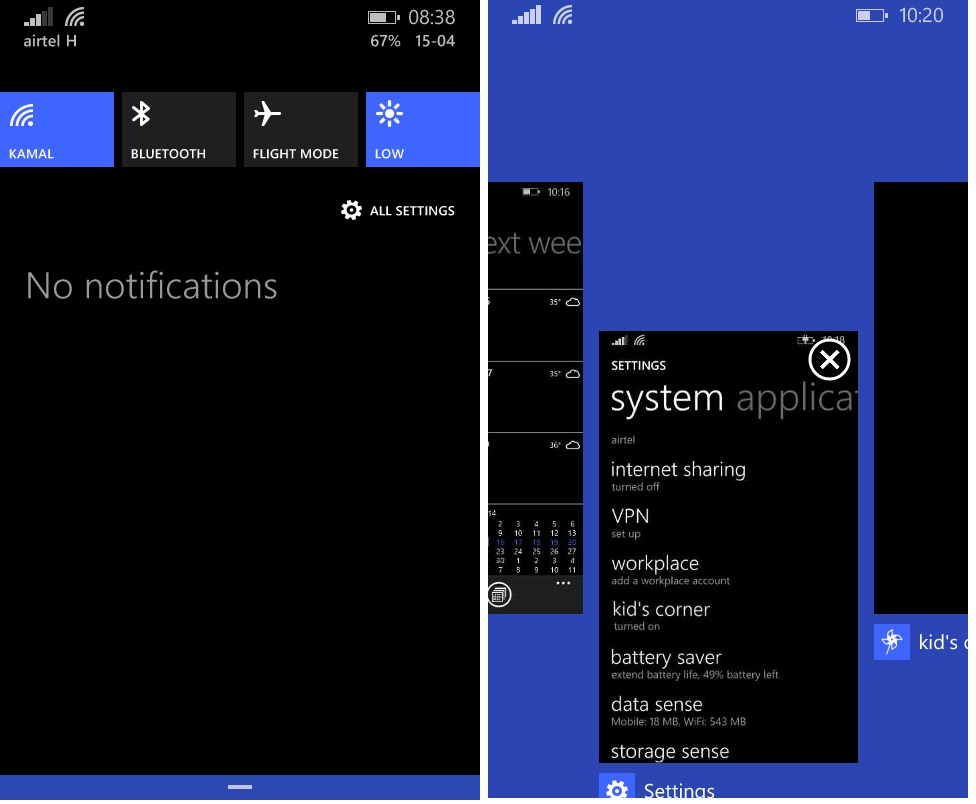 Windows Phone may very soon allow you to do more with notification in Action Center and it may include responding to messages, apps notifications, reminders from the action center without leaving the work you were doing. It will be workable by swiping down from the lock-screen too.

This is already available in Windows 8.1 and with Windows and Windows Phone getting unified in Windows Threshold it is no surprise that we will see it sooner or later. But seems, it will be available for devices having a certain minimum display size. So, you would be able to run apps side by side on the screen like we see on Windows 8.1 SnapView.

Sometime ago, we have shared this info via our sources that Windows Phone 8.1 GDR2 is scheduled to preview in October ( may be bit early too ), while Windows Phone 9 will preview in early 2015. Now, we hear more reports confirming the same. Actually Windows Phone 9 and Windows RT will come as a separate SKU of Windows Threshold and may preview during January – February 2015.