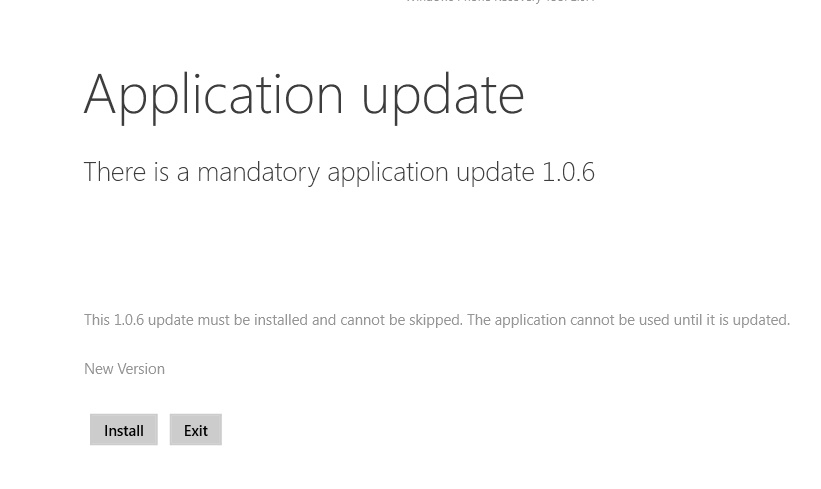 Anyways, it seems some Lumia 52X users got their devices bricked while trying to recover to Windows Phone 8.1 after installation of Windows 10 for Phones. So, an update has been released by Microsoft for the Windows Phone recovery tool and it should address issues faced by Lumia 52X users while recovering their devices. It may also help in recovering already bricked devices (partially), though recovery rate is still under testing. Read the details below.

For users with Lumia 520/521 devices that have become unusable after an attempted recovery using the Windows Phone Recovery Tool (WPRT):

We have been gathering your feedback and actively researching the situation.  We have important updates to share:

Failures:
Devices that have failed to recover appear to fall into one of two different states:

Issue Identification:
Although our investigation is not complete, we’d like to share some initial insight into what we’ve uncovered:

Data writing size & speed:  It was discovered that some devices are having trouble accepting the recovery image data being flashed.  The blocks of data were too large for some devices to handle, and the memory on the device was having trouble with the speed at which the data was being written.  In short, devices were getting too much data, too quickly.  This would cause the failure as the new software is corrupted.

Small portion of 520/521 devices affected:  As we reviewed logs and worked through issue reproduction, we identified the subset of affected 520/521 devices that may encounter this issue.  There is no direct way for an end-user to check their device unfortunately, however it is positive news that not all units would experience this issue..

Changes:
As a result of these findings, we are making two key changes to the way the recovery tool (WPRT) works.  We will be lowering the size of the data blocks being fed to the device during recovery (lowering from 2MB down to 128kB), and we will also be slowing down the data writing speed (from 8MB/sec to 5 MB/sec).  Testing has showed promising results from these changes.

To implement these changes, we have released an updated version of the WPRT tool.  You may notice when launching the WPRT that it checks for updates automatically.  Before attempting any further recovery or flashing on 520/521 devices, ensure that you’ve closed and re-launched the WPRT.  It will find this new mandatory version and automatically update.

How to recover already bricked devices:

For users who have already unusable devices, we’re continuing to research this situation.  There is no guarantee that using this updated version of the tool will recover an already-bricked device.  If your device is showing the red Nokia logo, please do the following:

If your device is on a blank/black screen and is unresponsive, you may attempt the same steps as listed above.  Devices that do not have the red Nokia logo on the screen are in a different state and will not have the same recovery rate should they be recoverable.  Please do try to recover and share your results.