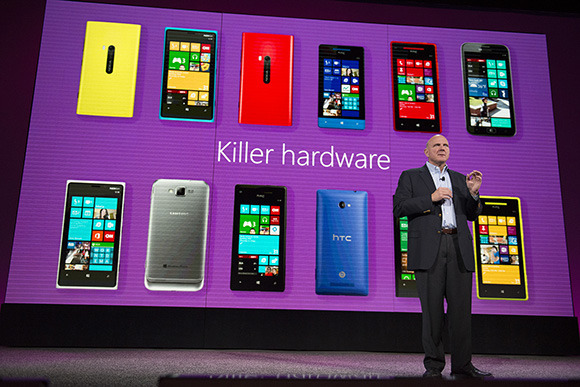 We are almost a month outside of the closing of 2013, so its time to throw a bunch of numbers around, and by a bunch I mean just a few.  In 2013 Microsoft sold 35.7 million units, and owns 4 percent of the global market share.  But according to Strategy Analytics Microsoft needs to step up their premium devices, and I completely agree.  I know its not all about the specs, but a lot of people do not consider buying unless those specs are top of the line.  The Lumia 1520 got so much love because it was the first Windows Phone to bring those top of the line specs to us, but some considered it too big.

With MWC right around the corner and windows phone 8.1 rumored to be released, hopefully sooner than later.  If Microsoft steps up to the plate and gives the market what they want it could be a big year for Windows Phone.  I think the two devices that can pull some users to Microsoft, or the X factor devices, will be the Lumia 1520V (Lumia 1520 Mini) or the Lumia 1820 with its top of the line specs and 2k display (which are the rumored specs).  Feel free to let us know what you think by leaving a comment.