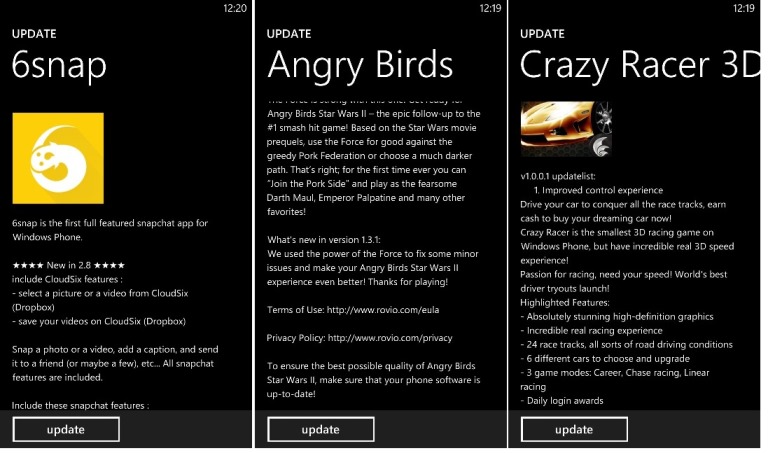 Time for some important apps update!!

6snap, the awesome SnapChat application from Rudy huyn has been updated with CloudSix (the recently release DropBox client) integration.

– select a picture or a video from CloudSix (Dropbox)

– save your videos on CloudSix (Dropbox)

Star Wars: Tiny Death Star has also been updated and here is the changelog,

The quest to build the largest Death Star continues in the newest update!

NEW FEATURE: SALVAGE DROIDS! Do the Emperor’s bidding, and send Salvage Droids on missions deep into the galaxy to collect valuable resources for your Death Star. Collect exclusive floors, characters, and other rewards that you can’t obtain anywhere else!

Click on the direct links below to update the apps,