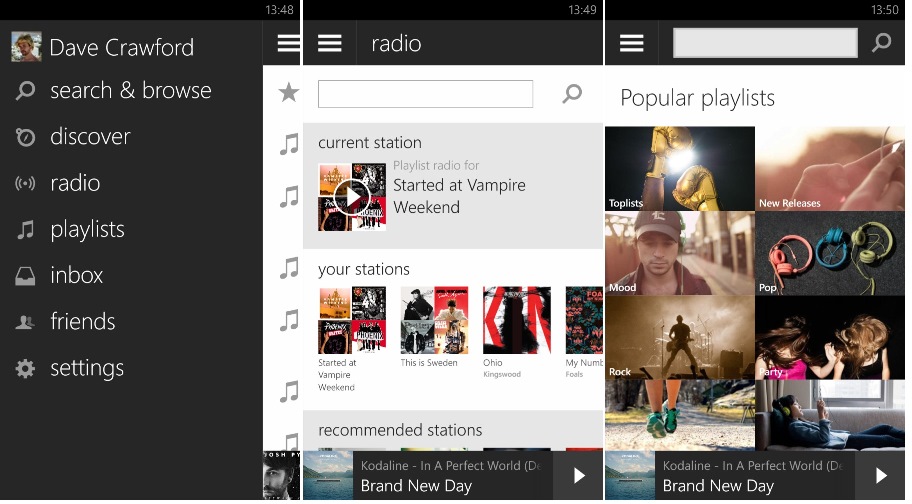 Spotify has announced that two updates are coming to its Windows Phone apps this spring. The updates will bring Radio and brand new UI design.

We’re happy to announce that two new updates are coming to Windows Phone 8 users this spring. The first Spotify update brings the much-anticipated Radio, Browse and Discover features. This means that you will be able to listen to personalized radio stations, browse for what’s hot and what’s new, or discover more music.

The update also brings significant improvements and a brand new design and will be available to users later this spring.

Another cool news is that “Spotify Free for mobile” will come to Windows Phone soon.

WhatsApp has just announced that free voice-calling is coming to its apps on various platforms and Windows Phone is mentioned too.

The WhatsApp founder and chief executive, Jan Koum, announced that the new Facebook company was working on voice calling to be introduced into the WhatsApp messaging app, initially on the iPhone and Android in the second quarter of the year, with BlackBerry and Windows Phone to be updated later.

Thanks everyone for sending the tip.