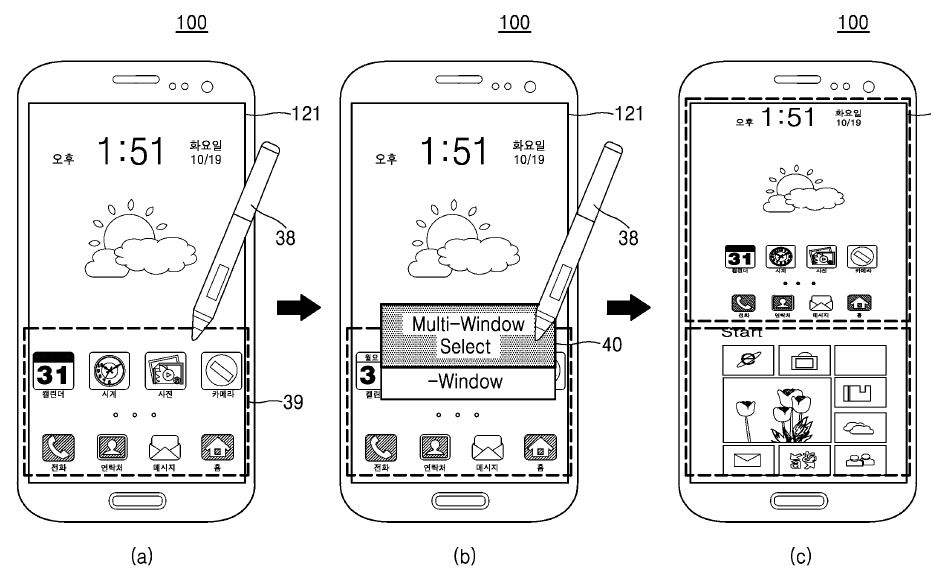 A patent application filed in May 2015 reveals Samsung’s plan to explore technology enabling Windows 10 and Android OSes to run simultaneously on a Galaxy device. Dual-OS booting smartphone is not a new concept, but the patent in question envisions a scenario where two OS platforms can run in two split-screen windows.

The drawings also show that one can drag and drop files across the Windows Phone and Android running in separate windows side-by-side. Once minimized the OS will be limited to an icon on the screen and can be maximized again by tapping on it.

The patent clearly shows how Samsung is trying to hedge its risk of being over-reliant on Android. While it does have its own smartphone OS in Tizen, it may be secretly working on projects as depicted in the images above.