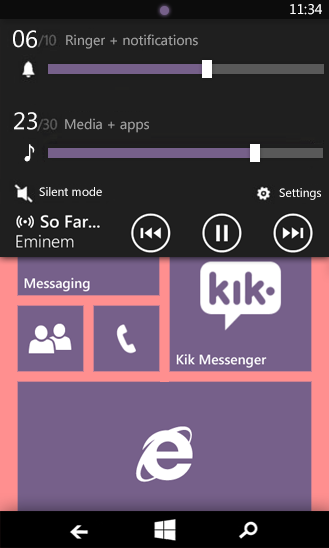 We have been tipped with a screenshot, which is apparently from a device running Windows Phone 8.1. It has the on-screen touch home, back and search buttons (which is confirmed as coming with Windows Phone 8.1) and then it has volume controls on the top which look similar to what we have seen getting leaked in China and was confirmed by our sources to be real.

But the fact that the touch buttons, middle colored part and the top volume ringer part all look different, it may be a good “photoshop” work as well. Or, may be we are looking at first Windows Phone home screen leak with separate volume controls, custom background and soft on-screen touch buttons.

Thanks Nova2 for the screenshot!