Skip to content
You are here
Home > Latest Posts > Nokia’s HERE moving from ‘Windows Phone first’ to ‘all OSes are equal’, but will support Windows Phone for next 4 years 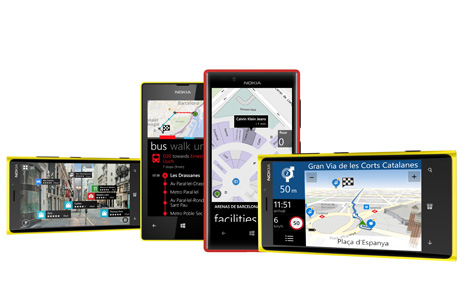 In an interview with TNW, Sean Fernback, Senior Vice President, Everyday Mobility, at Nokia’s HERE division has talked about moving resources from Windows Phone app development to iOS and Android. While Fernback has stressed that the Windows Phone support is not going away yet, this obviously has made Windows Phone users restive.

“It was always the ambition to be on Android, we just took a decision at the beginning of the year to accelerate the program,” explained Fernback, in a frank opening to our interview. “And also to ensure when we talk about apps, we’re serving both common platforms, which is, of course, Android and iOS.”

Wait… so does this mean that Windows Phone is being given the elbow now that the Microsoft/Nokia partnership has come to an end? HERE maps wasn’t part of the deal, after all.

“As a result of the transaction, we’re having to wind down our Windows Phone app development and shift it over towards Android and iOS,” explains Fernback.

Fernback did stress that support for Windows Phone isn’t being phased out completely, not at the moment at least. It’s just limiting the resources it throws at the platform, including time and money spent developing for it. “It’s a dialogue we’re having [with Microsoft], so we will see where it takes us,” he continues.

We reached to Pino from HERE for clarification and according to him,

2. Offline maps aren’t going anywhere either:
Licensing our mapping platform doesn’t mean that Microsoft is only using our data, but thy have access to our full capability, including the possibility to store maps offline.

It seems natural for HERE to focus more on development of iOS and Android apps, given the fact that HERE apps for Windows Phone are already in good shape and only need incremental updates, which HERE and Microsoft will provide going ahead.

So, I don’t think there is any reason to panic, as HERE’s Android and iOS apps will take time to even match the mature Windows Phone apps in terms of full functionality. Even Fernback further clarified that support for Windows Phone app is not going anywhere,

“Not really, partly because today we still maintain the [HERE] Windows Phone apps, it has our brand on it so we need to look after it,” says Fernback. “Although we’re not particularly investing in them at the moment, that could still change. With the Nokia X program, we were authorized to continue to work on it until about now really, but that work is about to cease. I think there have been a number of different programmes that have continued through the year onto different platforms, but now it’s just going to focus on the two – Android and iOS.”