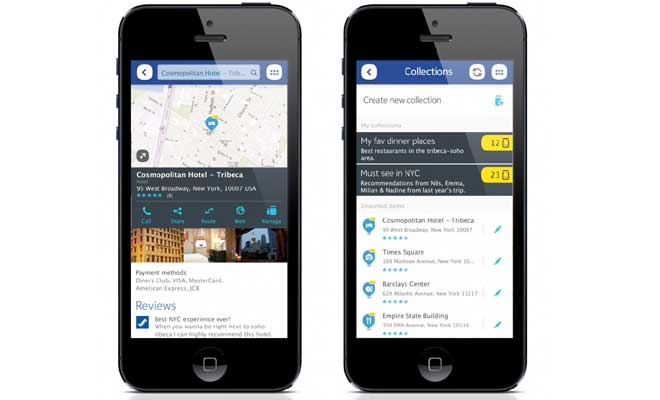 Seems, Nokia has pulled out Here Maps application from Apple store. If you remember Nokia made a mapping application for iOS users  when they were suffering from launch of Apple’s “iLost Maps” and there was no Google Maps to rescue. The application saw lots of downloads even reaching to top download rankings. But, it was not a fully featured app like the “Here / Nokia” Maps app like we have on Symbian and Windows Phone and was met with some criticism as well. Later when Apple allowed Google to bring its fully featured maps to iOS, Nokia didn’t follow-up with its own set of updates losing the opportunity perhaps ( or was it deliberate?).

Anyways, Nokia has cited iOS7 as the reason to finally withdraw the Here Maps app from Apple store.

We have made the decision to remove our HERE Maps app from the Apple App Store because recent changes to iOS 7 harm the user experience. iPhone users can continue to use the mobile web version of HERE Maps under m.here.com., offering them core location needs, such as search, routing, orientation, transit information and more, all completely free of charge.”

This is a bit surprising decision, given the fact that Nokia is planning to bring its mapping services and data to any platform they can and we have seen Jolla and Tizen as the latest beneficiary of Nokia’s business strategy. I mean, when Nokia has sold its D&S division to Microsoft and when Here Maps business is projected as one of the key growth drivers in future, shouldn’t they compete for their place on major platforms like iOS and Android.