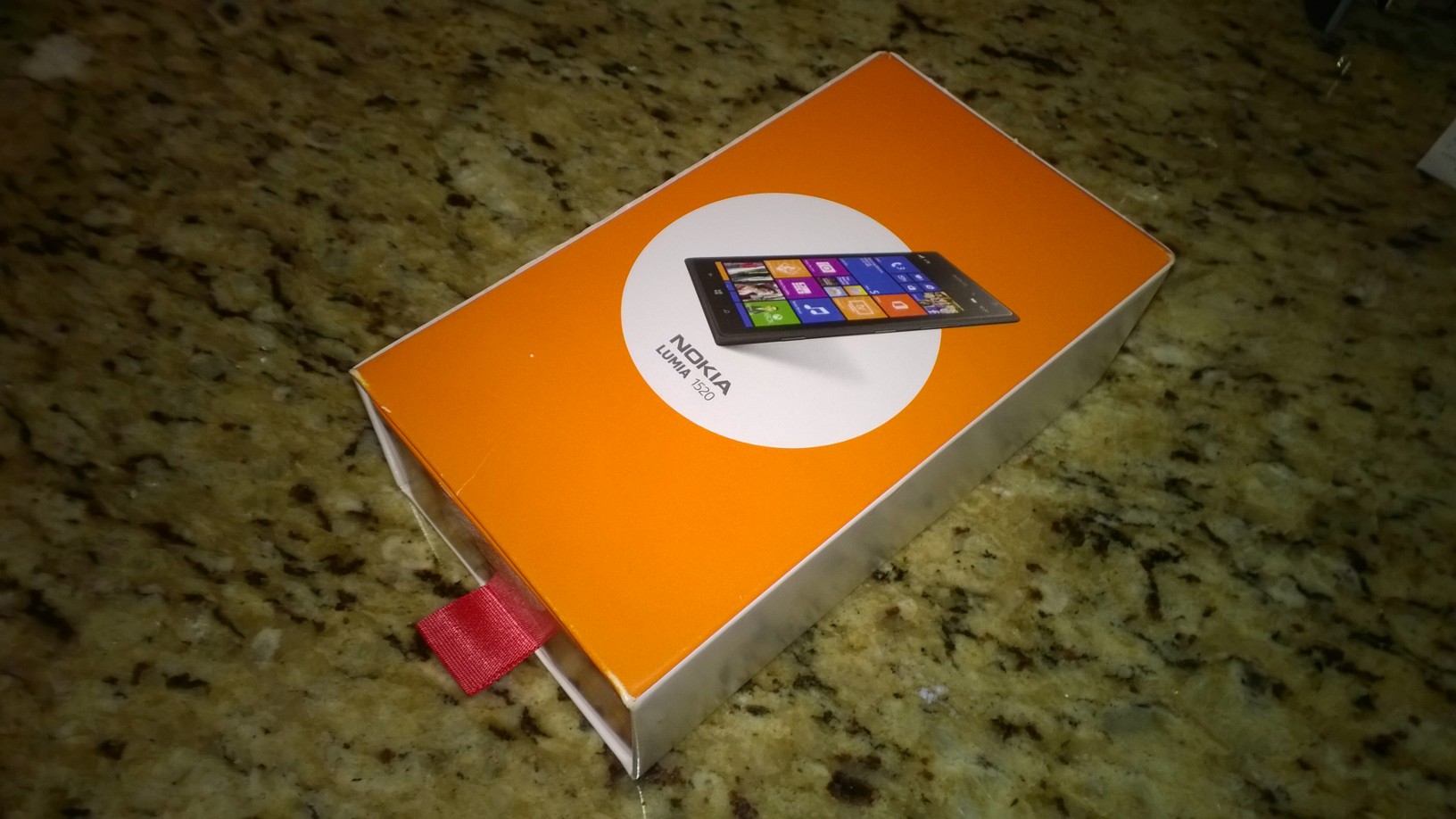 The Nokia Lumia 1520, the first Lumia phablet, packing top of the line specs and a massive 6 inch screen with 1080p resolution.  But where do we draw the line at “how big is to big for your phone”

The Lumia 1520’s thin yet massive polycarbonate body is pretty great.  The matte soft touch back and the extra heft packed into the Lumia 1520 makes it feel like a top of the line device.  The rounded edges make it almost a little slippery, but then the sharp corners of the device also give you a little grip back, but do not be surprised if this baby slips out of your hand every now and then.

This 1080p display is absolutely awesome.  When you have a display with this kind of size it makes you enjoy gaming, viewing media, and searching the web on your phone.  I know with my Lumia 822 I will use is for searching the web, but if my computer is near by, I do not hesitate picking up my computer.  With the Lumia 1520 I do not care if my computer is currently on my lap, I will use the 1520 to do what ever I need to do.  Looking at your start screen with all the different colors and live tiles just looks great, I would be lying if I said I did not occasionally zone out at my start screen.

A 20 MP camera sits on the back on the Lumia 1520 with Nokia’s purview technology,

and it is pretty great.  It probably does not help the 1520’s case that the last Nokia Device I had was the Lumia 1020 with that 41 MP hump slapped on there.  The 1520’s camera is pretty great though, it grabbed great detail, was sharp, and brought real to life colors to the photos.  Plus if you needed to reframe any photos it was possible with the 20 MP camera, but you were not able to reframe the photo into multiple different picture like on the 1020’s camera.

The Lumia 1520 was running Windows Phone 8 with Lumia Black and the GDR3 update out of the box, and it ran it without a hiccup for the week I had the device.  After speaking with the Nokia Sales Rep he told me that the Lumia 1520 and Lumia Icon were made for Windows Phone 8.1, and that is where they will really thrive, so stay tuned for that.  The one flaw, with a display like the 1520’s not having a split window option where I can open up twitter and my email at the same time is stupid in my opinion.

A big part of gaming and media viewing on any device is what is under the hood of the device plus the display.  We went over the 1520’s 1080p display, but the 1520 is also running a Snapdragon 800 under the hood, which helps it run silky smooth.  I played games such as Asphalt 8, Sparkle 2, VBA8, and Puzzle Retreat on the 1520, and once again it ran flawlessly.  Viewing media was between Nokia Mix radio and YouTube, which was an easy task for this beast.

3400 mAh is more than enough to get the average person through a day, but then there are people like me who use there phones for everything, and that 3400mAh battery could still get me through 2 days without a charge.

The Lumia 1520 has everything you could possibly look for in a smartphone, great camera, clear display, fast speeds, and great hardware.  We still seem to come back to the question, “Is the Lumia 1520 just too big to be a phone?”, and I have your answer.  When purchasing a product like the 1520 meaning a phablet.  It is not too big.  If you were just looking for a phone that calls and texts, then yes it is too big.  When purchasing a phone like the 1520 you are buying more than just a phone, you are buying a music player, a gaming device, a study buddy, a media viewer, etc.  The different tasks you could use your 1520 for are endless, and it is worth purchasing. Lumia 1520 you will be missed.