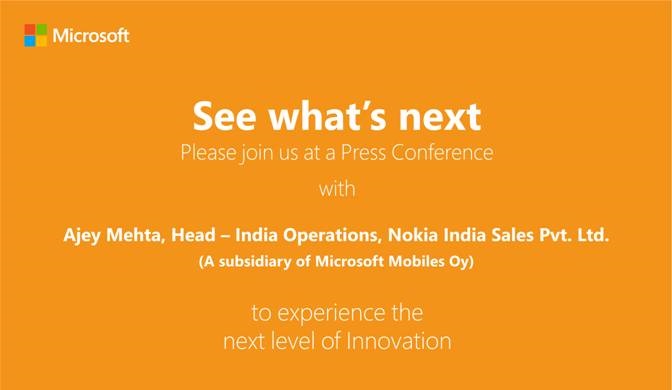 Didn’t we tell you, “not many days left” and it won’t be 30th September?

Nokia India (Microsoft Mobile) has teased “what’s next”, in the official invitation (above), for an upcoming launch event on October 1. So, we may see Lumia 730, Lumia 830 and Lumia 930 getting launched in Indian market on that day.

Mark the date, dear readers!! We’ll be there to bring you first hands-on impressions of the devices and more. For those asking about pricing of the devices, here’s what we heard about Lumia 730 and Lumia 830 pricing. We still don’t have any insider info about Lumia 930 pricing, but expect it to be higher than 37000 INR at the time of launch.