Skip to content
You are here
Home > Latest Posts > Lumia 730 to have a Dual-Sim variant. Official looking Orange color render leaked in China 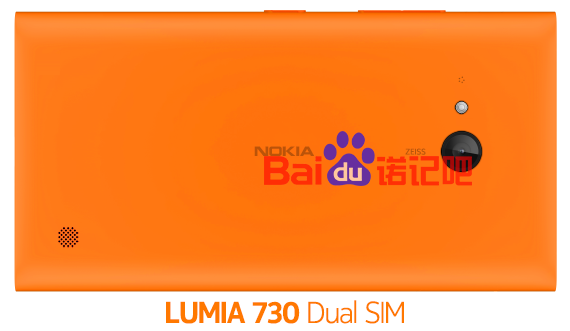 We talked about probable specs of Lumia 730 and Lumia 830 and compared them to see how they are different.

We know one more feature of Lumia 730 now, if the above leaked image has to be taken into account. It looks part of official press renders and may confirm both Lumia 730 name and the fact that it will have a Dual-Sim variant as well.

Here, we reproduce probable ( they may change ) Lumia 730 and Lumia 830 (name yet to be confirmed) specs for you again,

Lumia 730 which has been also rumored as superman by evleaks may first get launched at Verizon by end of August and later may come to other carriers and markets.