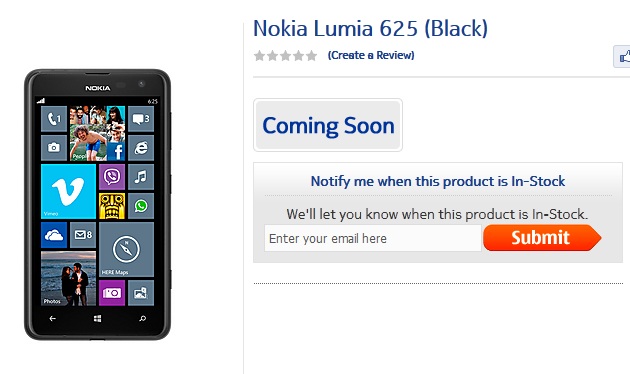 Lumia 625 has been on pre-order and sold out at Snapdeal, but now it gets listed at official Nokia Shop indicating release in 1-2 weeks. Price is not revealed yet, but Nokia will not price it aggressively like Lumia 520 but it will be closer to Lumia 720 pricing according to some random tips. So, expect a official price of Rs 17599-18599.

Thanks sri_tech for the tip. Cheers!!